H.J. Johnstone’s Evening Shadows, backwater of the Murray, South Australia was the first painting to enter the Art Gallery of South Australia’s collection and was long used as an exemplar to local art students. It remains much admired and is the most copied painting in Australian art history.

Louis Tannert was commissioned to paint a copy of Johnstone’s Evening Shadows and his version is especially interesting. He was critically censured for allegedly damaging the original painting by Johnstone while making his copy. He also changed the mood of the scene in his version by using vermillion in some areas of the underpainting, allowing it to “leak” out around some elements in the scene.

Tannert completed Evening Shadows c.1889 and the painting was shipped to Germany where it remained in the same family for over 131 years. In 2020, Tannert’s version permanently returned to Adelaide when it was acquired by the Art Gallery of South Australia through the support of Alastair Hunter OAM.

On arrival at Artlab it was found that the painting was quite fragile. Although extensive areas of flaking had been secured with wax, and losses had been repainted in the past, its fundamental problems of a weak, badly degraded canvas and cupping paint film, had not been addressed. The removal of an aged, grimy varnish was also required.

The work arrived in a modern minimal frame and after an unsuccessful search for an appropriate existing period-correct frame, it was decided to build a new frame from scratch. After researching frames of the period, a suitable profile was identified and the dimensions were carefully drafted. A local timber company was commissioned to produce the base frame.

The timber base mouldings were assembled in the Art Gallery’s workshop and the bare wooden frame was delivered to Artlab. It was sized, gessoed and the composition ornament was added. The frame was gilded in 24ct gold, some areas oil gilded and others, water gilded. Water gilding allows the gold to be burnished (or polished) to give the gold an extra sparkle. The making of this custom frame was in itself a major project. Large frames are rarely hand crafted from scratch.

To commence the painting’s treatment, the most fragile areas of cupping were temporarily consolidated to allow thorough cleaning and varnish removal of the painting. Areas of old retouching were also removed to ensure all of the original paint was revealed, enabling a more accurate reintegration of the areas of loss.

After these processes, many hours of painstaking retouching were carried out and the painting was finished with a light varnish. The work was secured in its new frame and is now on permanent display alongside the original version by H.J. Johnstone. The pair of Evening Shadows can be seen in the Elder Wing of Australian Art, at the Art Gallery of South Australia. Evening Shadows by Louis Tannert before treatment by Artlab Australia. The painting is lined on to a new canvas after the flattening process. Applying bole (poliment—also known as bole—is a clay-like substance that is used as a base for gilding) to the inner slip of the frame. 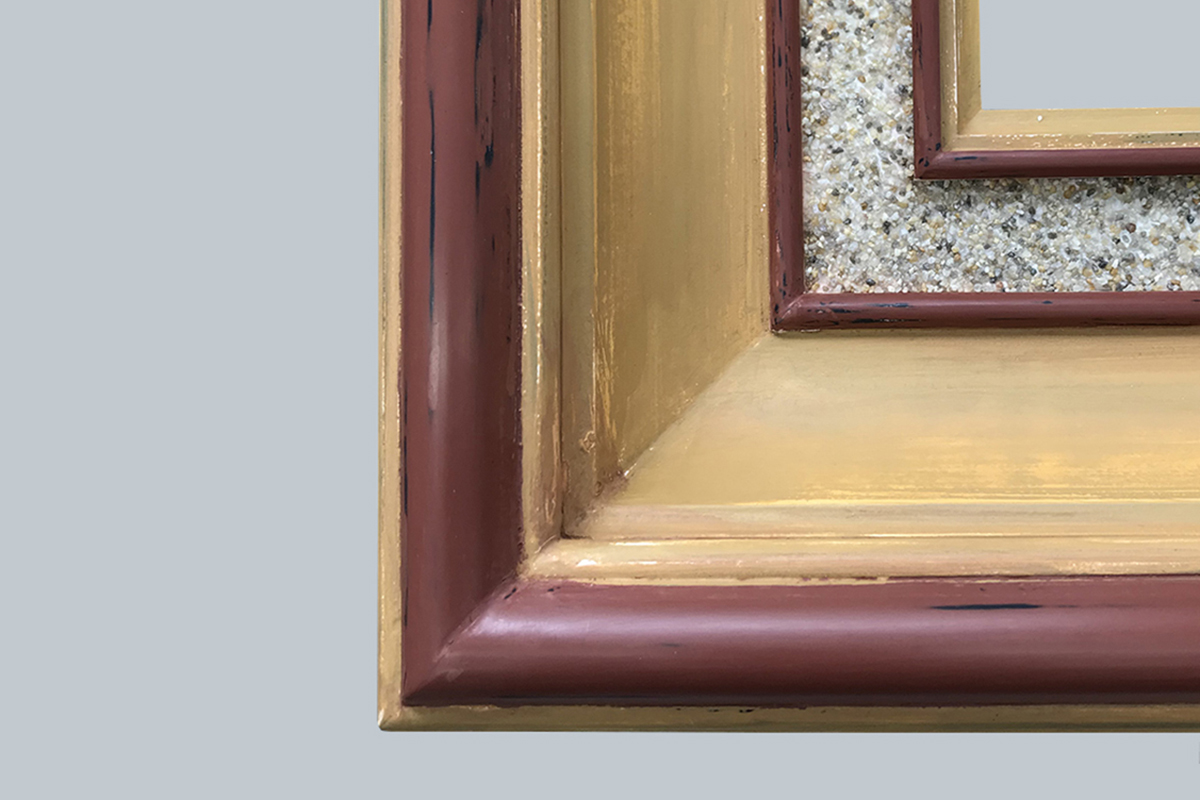 Detail of bole and sanded finishes prior to gilding the frame. The hand crafted frame is gilded. Detail of frame after gilding process. Securing the conserved painting in the new custom made frame. Evening Shadows by Louis Tannert after conservation treatment at Artlab Australia, on display in the Elder Wing of Australian Art at the Art Gallery of South Australia, Adelaide.