The South Australian Government authorised the construction of a new inspection car in May 1933 for the Railways Commissioner. The Murray, built at Islington Works in Prospect, South Australia, was considered the most up-to-date car of its kind in the Commonwealth.

The impressive carriage was introduced in 1934 to transport the Commissioner to visit station masters and inspect railway lines throughout South Australia. The Murray also carried HRH the Duke of Gloucester on his visit to Australia in 1934 and in March 1974, was included in the Royal train for HRH the Duke of Edinburgh when he travelled from Murray Bridge to Adelaide.

In 1987, the STA was transferred to Australian National Railways Commission and the carriage was transferred to Islington for an upgrade. Improvements weren’t carried out and the Murray was transported to a storage facility in 1991 at Port Augusta.

The History Trust of South Australia applied for ownership of the car in 1997, returning it to South Australian Government control. The Murray was delivered to the National Railway Museum in Port Adelaide, South Australia during the same year to be on display permanently.

Artlab cares for the collections of the History Trust of South Australia and recently, the Paintings team spent some time at the Museum conserving the southern side of the car. The treatment included surface cleaning, consolidating loose paint, infilling holes and gaps, retouching and wax polishing the paint coating of the Murray, the last timber broad gauge carriage manufactured at the Islington workshops in Adelaide.

The following images: the Paintings team - Rosie Heysen and Rita Costabile, Paintings and Frames Conservators and Maria Kubik, Paintings Conservator, during the conservation treatment of the Murray car on display at the National Railway Museum in Port Adelaide, South Australia. 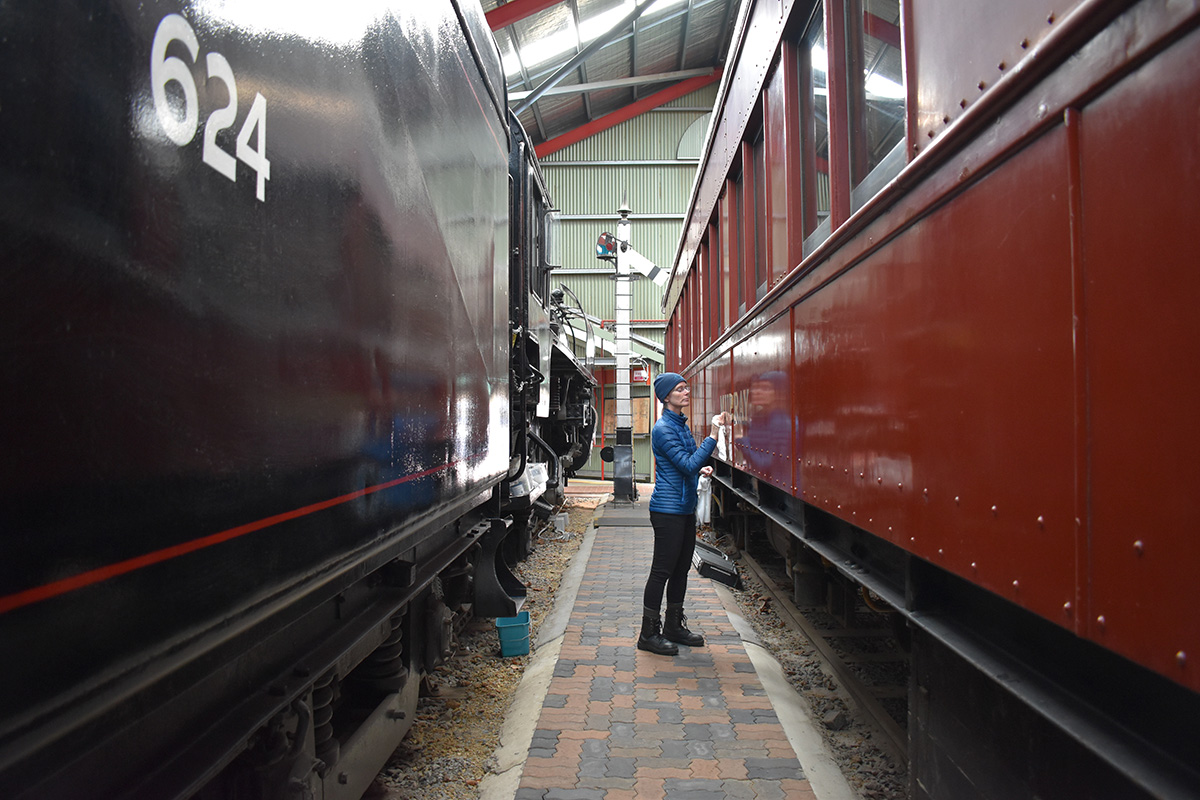 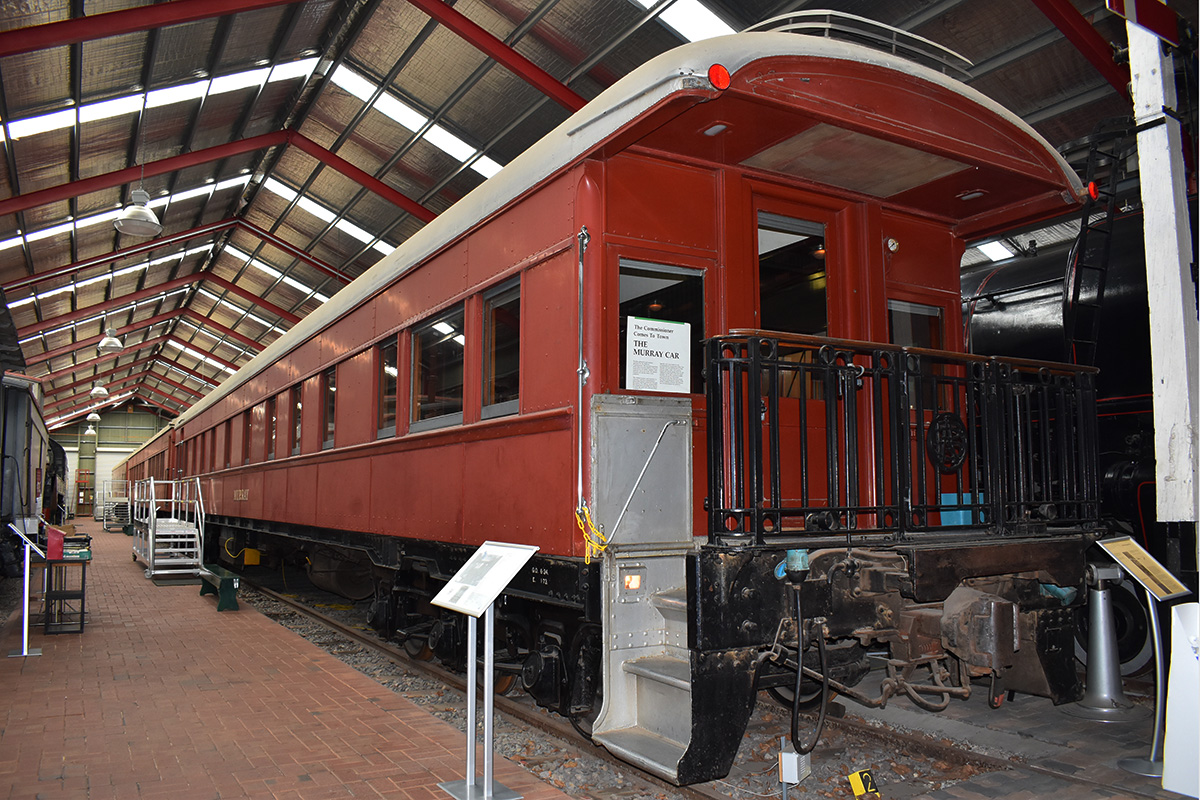