Benjamin Morey, born in London in 1811, emigrated to Australia from the United Kingdom with his wife Eliza (nee Smith) and their five children, arriving in Adelaide in 1850 after a five and half month journey on the barque, named “Rajaj”.

Mr Morey bought a property in Pulteney Street where the family settled. He bought a block of land next door and constructed a building to house his new signwriting and painting business which he conducted for many years, eventually handing it over to his sons. Mr Morey moved to Kensington and represented the Ward of Kensington for some time, leading a private life with his wife and family. He died at his home in Kensington on 31 December 1892 and was interred at West Terrace Cemetery in a family plot, marked by a carved wooden tablet.

The grave marker was carved from a single slab of Kauri pine, presumably in 1892. After nearly 130 years of weathering, the marker was in a very poor condition, with incised carving barely visible in the heavily weathered surface. The grave marker had a severe split  through the middle and the base was badly compromised by wet rot.

In consultation with a heritage expert from Heritage South Australia, it was decided the marker should be removed and archived as the original document and replaced with a replica.

Artlab’s Senior Objects Conservator was unable to source a solid single slab of Kauri pine so red gum timber was chosen as a substitute. This decision was based on the timbers durability, availability and it was also a native to the area.

The text was traced from the original grave marker and over-layed onto the new timber slab. The font was extrapolated from a few letters that had received the least amount of weathering. The text was then incised into the timber surface using a variety of chisels and gouges.

The red gum replica was installed at the grave site and the original grave marker will be permanently on display in a new exhibition space at West Terrace Cemetery at a later date. Justin Gare examining the grave marker back at Artlab's laboratories. Justin Gare tracing and carving the letters on the custom-made replica grave marker. 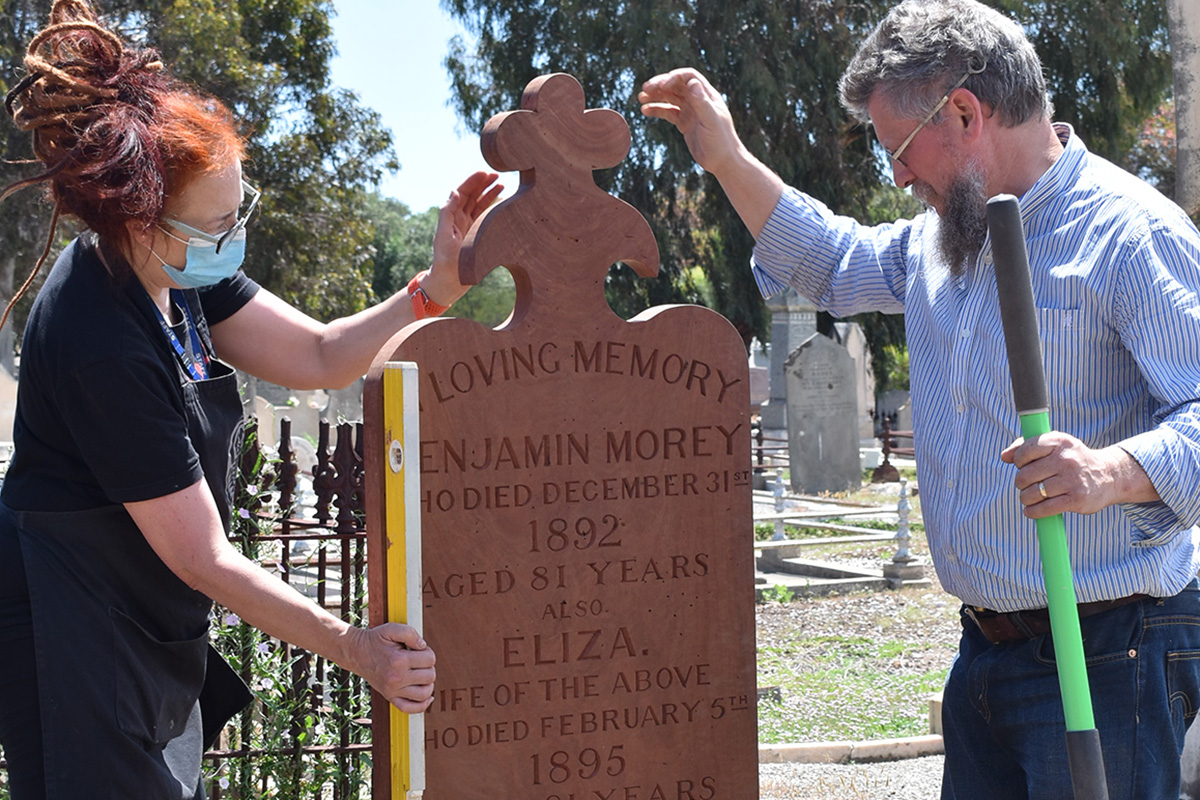