St John the Baptist belongs to the collections of the Art Gallery of South Australia. Originally, from Spain,  the polychrome and gilded wood sculpture is thought to have been part of a large altarpiece. Dated  16th century, St John the Baptist is attributed to the circle of Spanish painter, architect and sculptor, Alonso Berruguete. Berruguete is known as the most important sculptor of the Spanish Renaissance.

The sculpture required conservation treatment due to deterioration and numerous unsuccessful restorations done years ago. Past treatments included replacing the original base with a pine board and polychrome and gilded surfaces had been heavily overpainted.

The first step was to analyse the original materials used in earlier repairs. Under ultra-violet light, the sculpture was photographed, revealing many layers of paint.

The major component of the treatment was a general clean and before cleaning treatment commenced, the surfaces were stabilised to prevent any further damage.

Thick layers of bronze and brown paint were removed from the surface revealing large areas
of gilding in good condition. By contrast, areas of gold in the niche were damaged and the alcove required extensive cleaning to remove dark brown paint.

The sculpture and niche were re-gilded and new gold leaf was painted with gouache to create the background colour. When the paint was dry, a special tool was used to scratch into the paint, a technique called sgraffito, revealing in some areas of the niche, winged cherubs that had been previously over-painted.

The hidden surfaces, exposed after the extensive conservation treatment, reveal a more accurate depiction of the original appearance of this significant European sculpture. 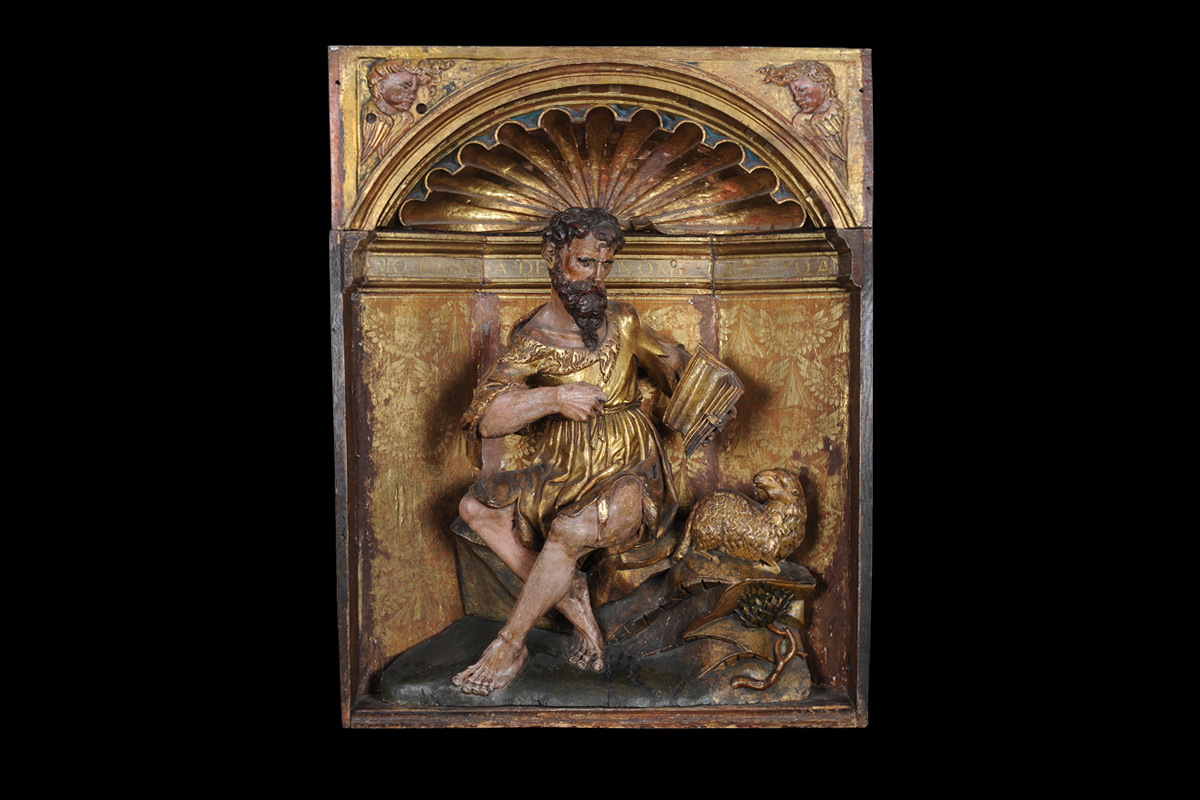 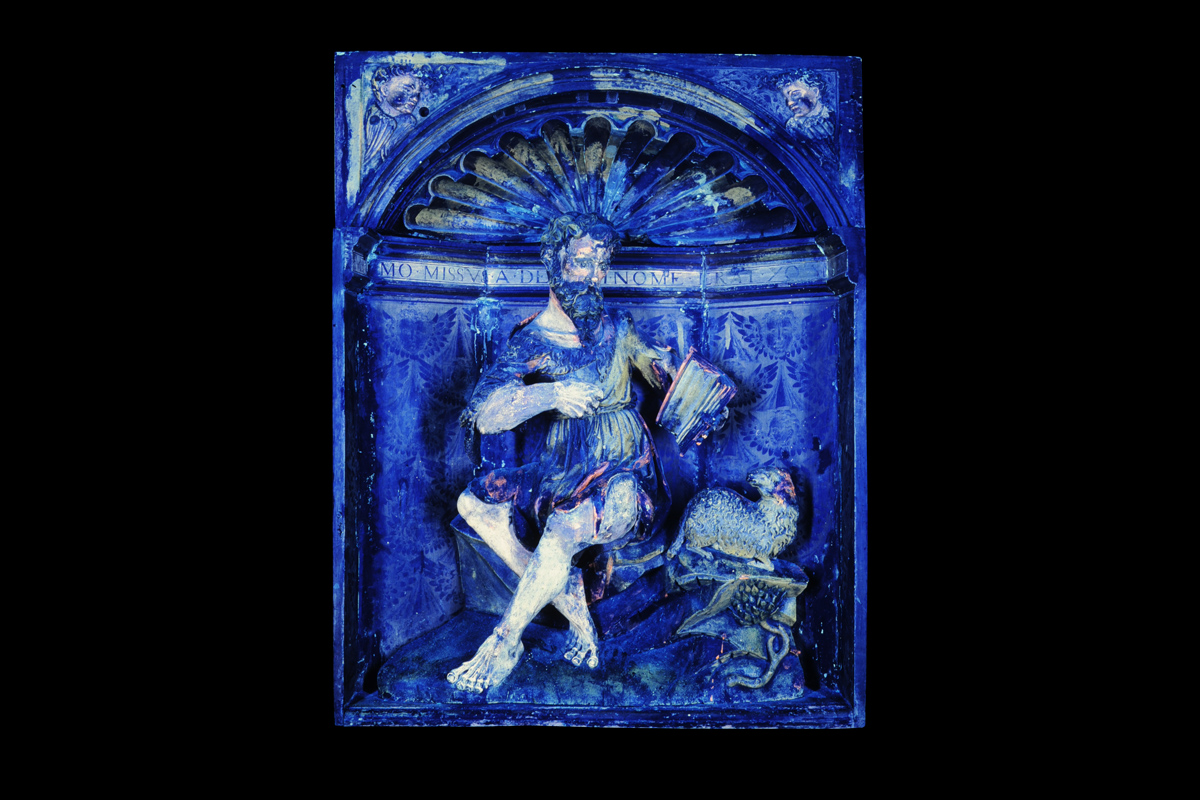 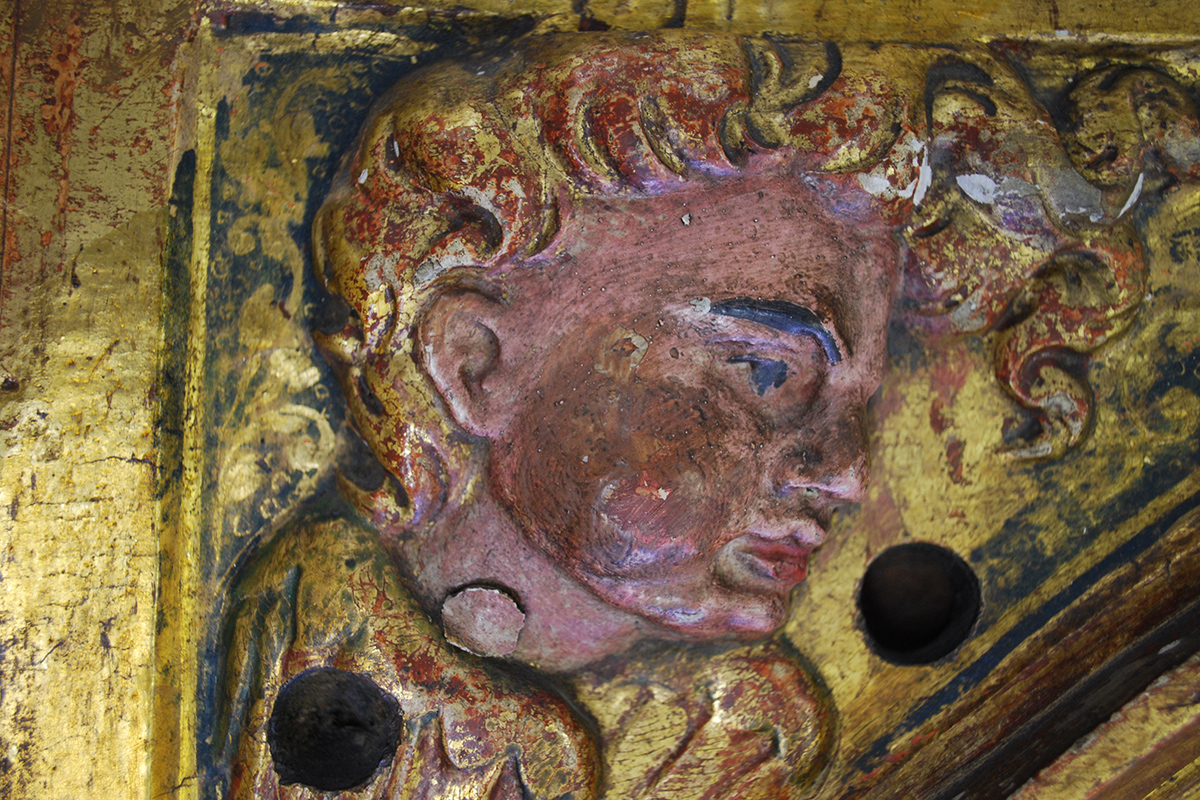 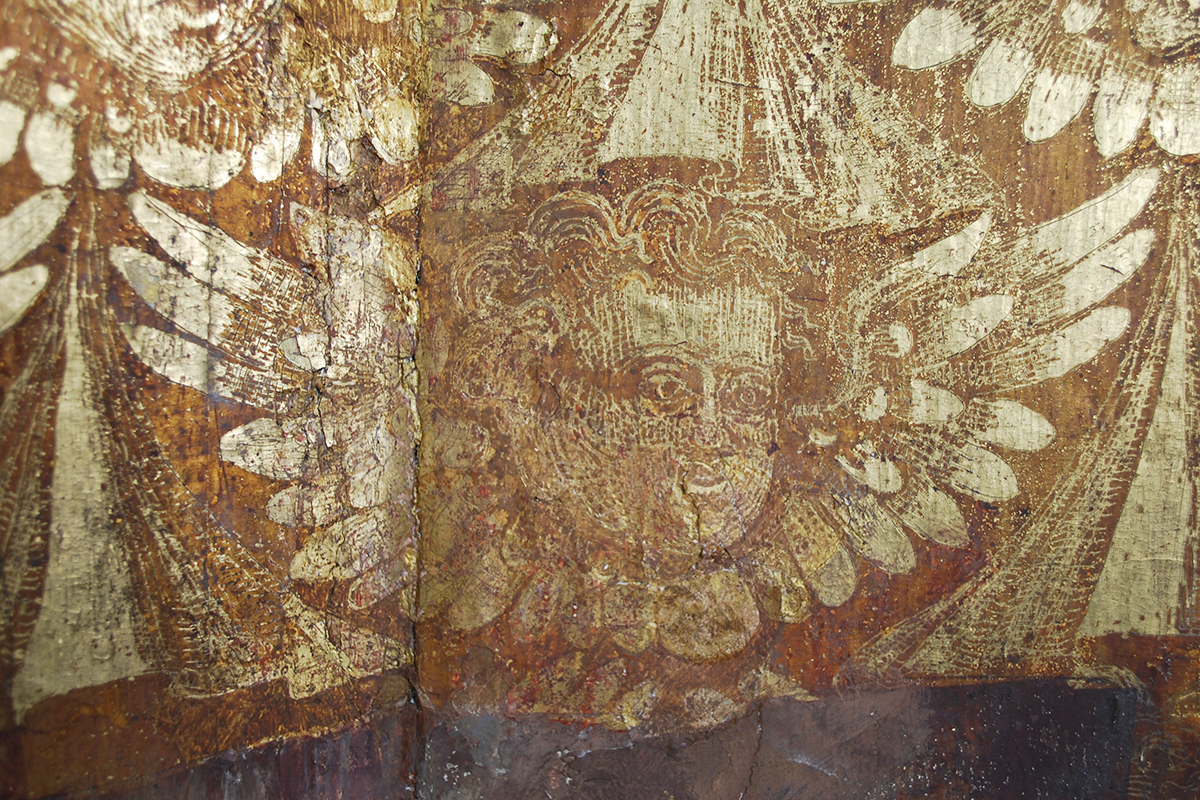 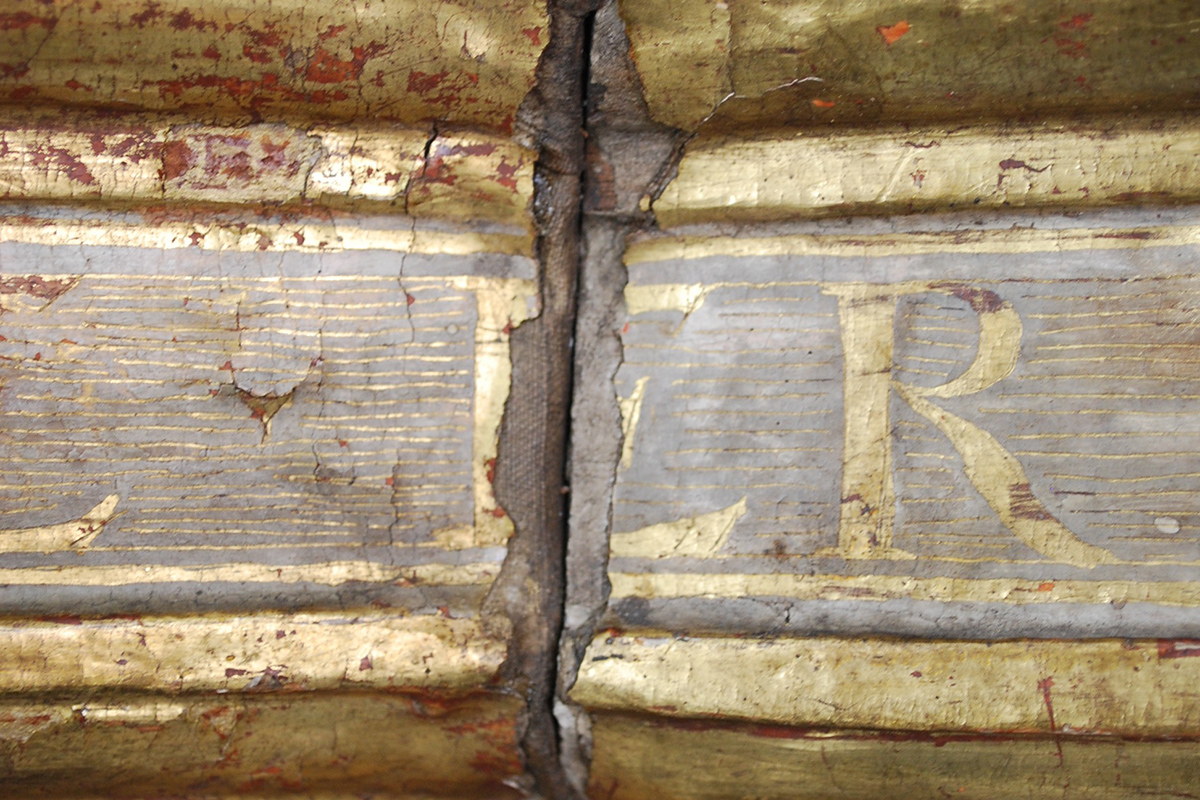 Small losses of polychrome before in-painting. Losses in-painted with gouache and shell gold on gilded areas. 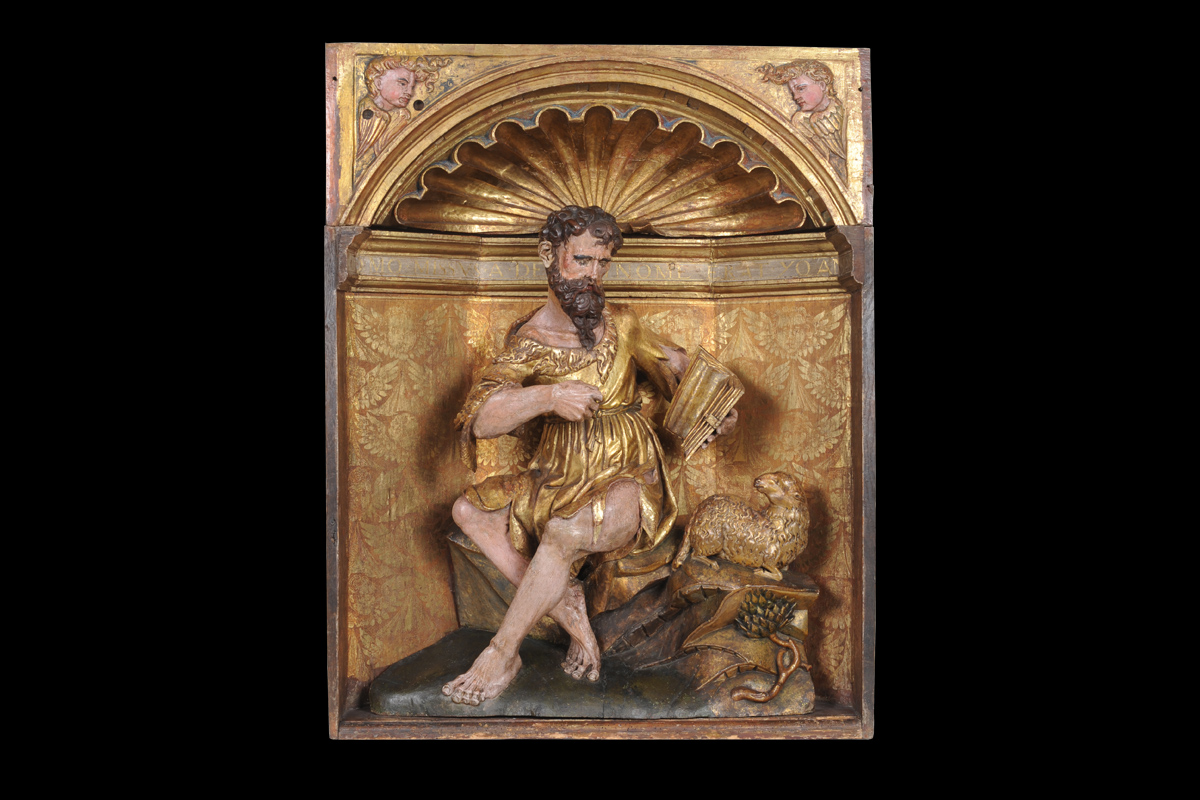