Indira Gandhi Memorial Museum in Delhi, India is located at the site of the Gandhi family home and included in their collection are two displays on exhibition - Indira Gandhi’s sari and belongings she wore when assassinated in 1984 and the trousers, shoes and socks worn by her son, Rajiv Gandhi when he was assassinated in 1991.

Artlab conservators where contracted by the museum to conserve these items of clothing and re-install them in new displays. Two conservators travelled to India in 2010 to conserve Rajiv Gandhi’s trousers and returned in 2012, to preserve Indira Gandhi’s sari.

Upon arrival in 2010, the conservators found Rajiv Gandhi’s trousers mounted on to sheer cotton fabric and hung in front of a window overlooking the location where his mother died. The conservation process was complex as the aim was not to restore the trousers but to preserve the damage resulting from the attack and to halt further deterioration to the damaged areas.

The sheer lining was removed and the clothing surface cleaned. After a humidification process, the trousers were carefully arranged so there was less distortion in the shape. Over a period of two weeks, the clothing was meticulously hand-sewn to new lining securing fragile and loose threads. Once the sewing was completed, the trousers were installed in a purpose built display case with the shoes and socks.

In 2012, the same conservators returned to begin treatment on the sari displayed in the museum with the sandals and bag worn by Mrs Gandhi on the day of the assassination. The objective of the treatment was to stabilise the areas of damage and improve the display so the sari would be safely supported.

Before the team left for India, a purpose built sloped board was constructed at Artlab and transported to India. This reduced the risk of neck and eye-strain for the conservators, as there was a large amount of hand stitching to be done over a short period of time.

The sari was removed from the display, examined and information documented. Each hole in the garment was carefully patched with white fabric and handstitched using a very fine polyester thread to stabilise loose threads and tears. The colour white was chosen so the holes were supported but not disguised therefore preserving the damage.

While the stitching was progressing, on site in the museum, one of the conservators constructed a handling and display backboard made from lightweight aluminium honeycomb panels and then covered it with white cotton fabric.

The sari was placed on to the board and folded to simulate folds in a worn sari with each fold padded with a fine covered foam rod to reduce the sharp creases. 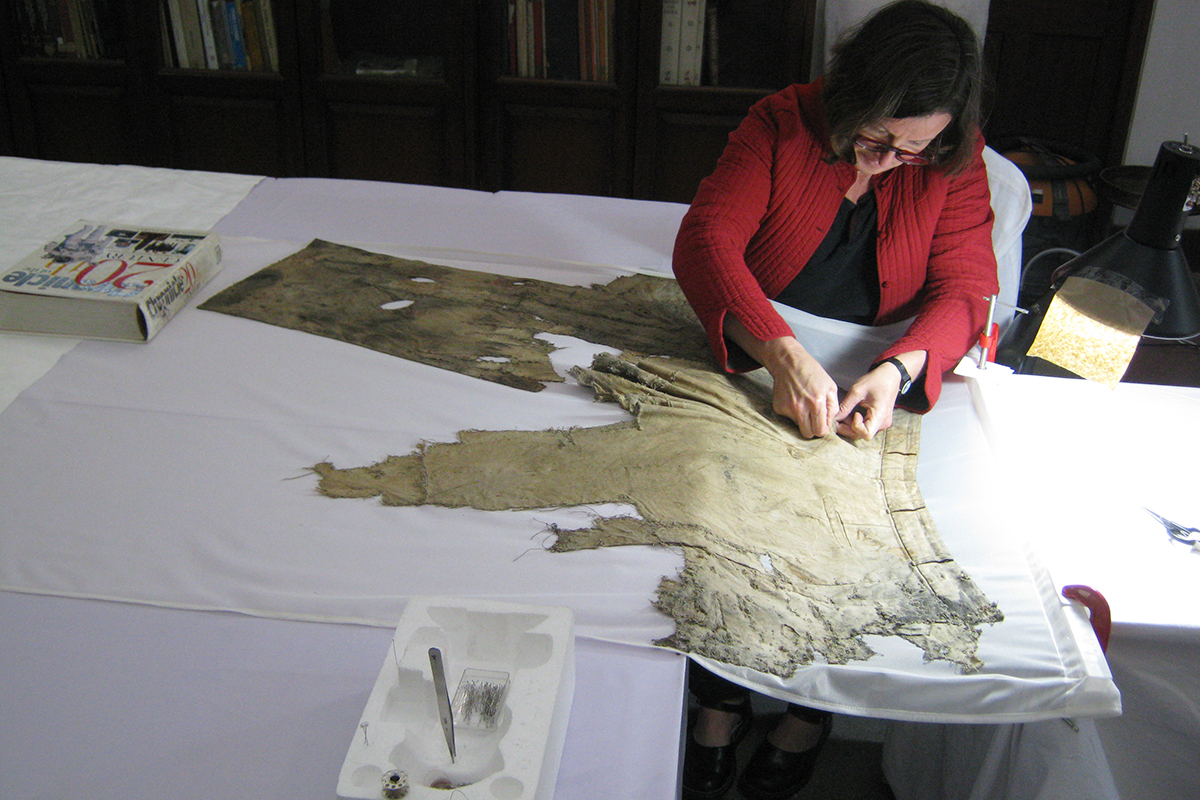 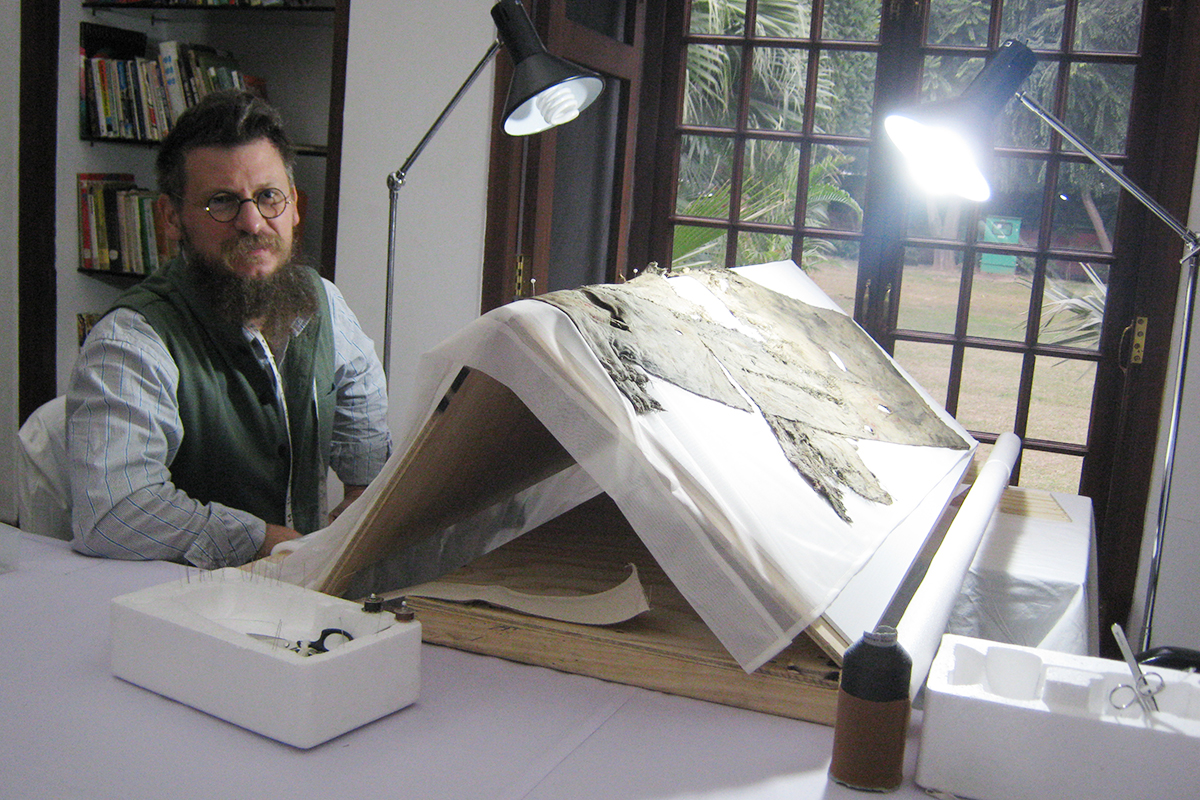 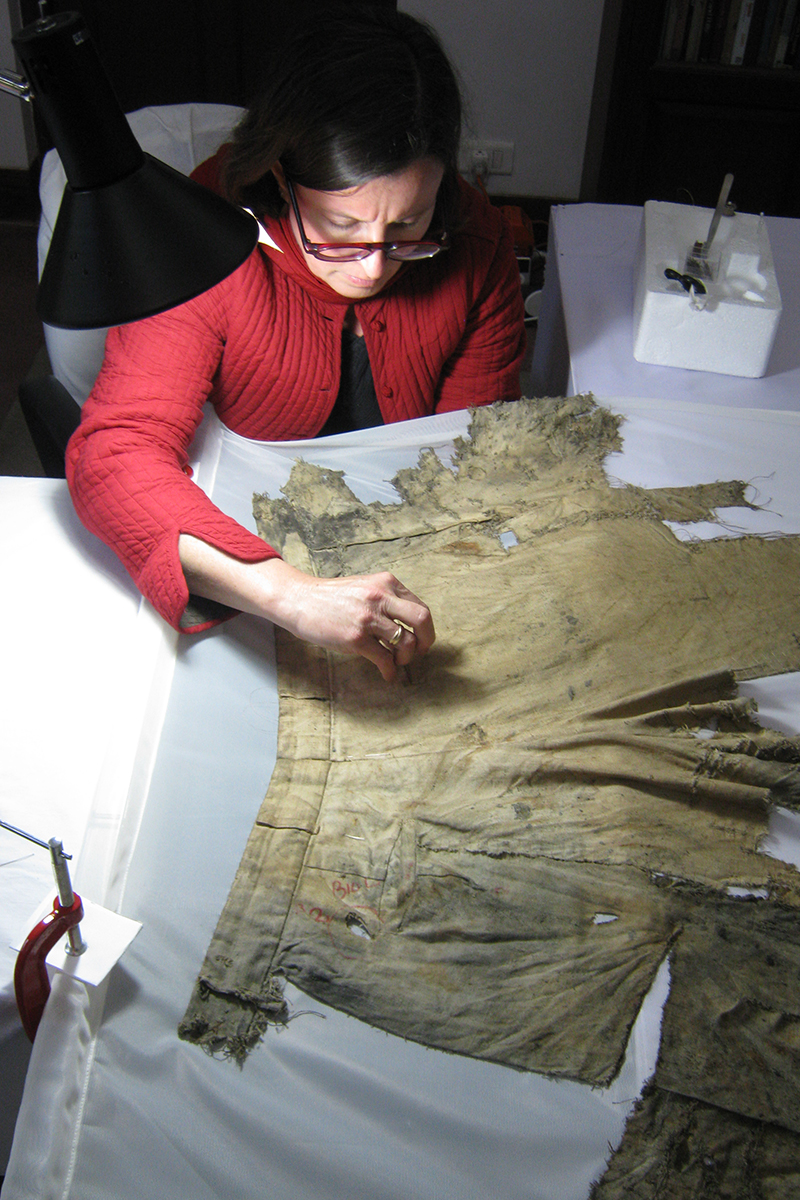 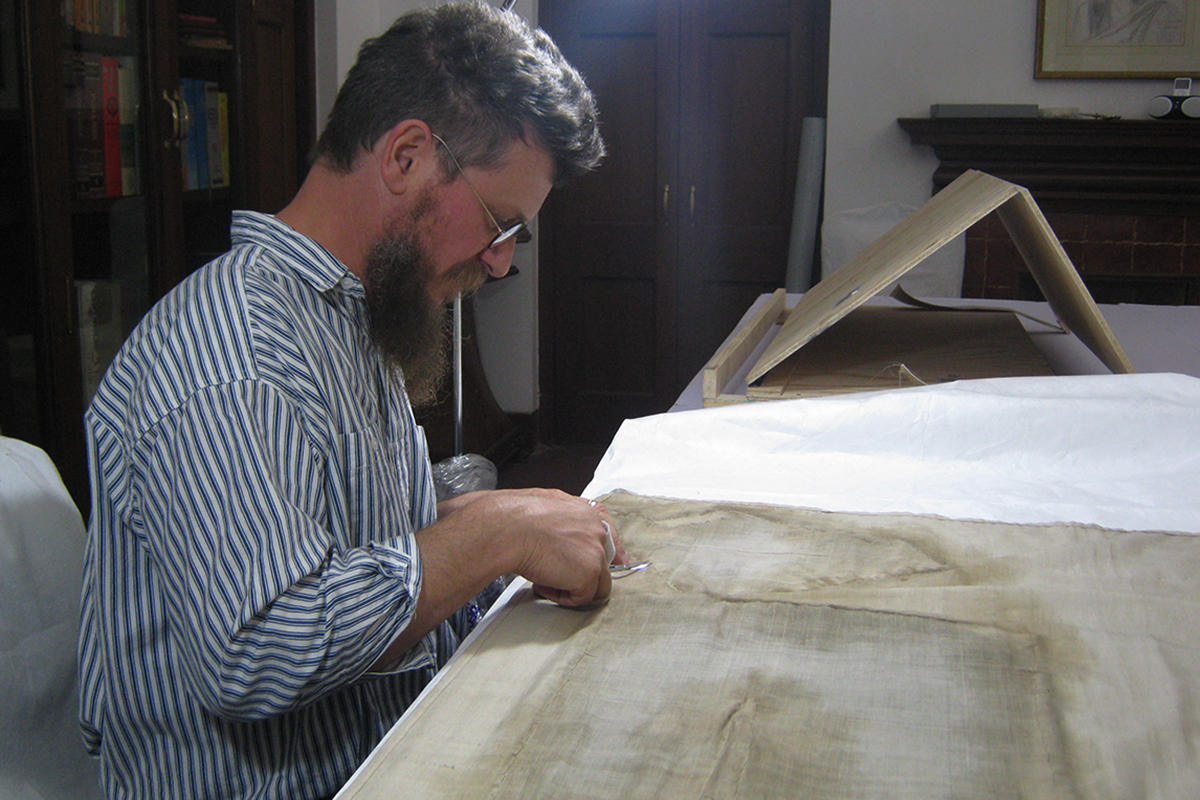 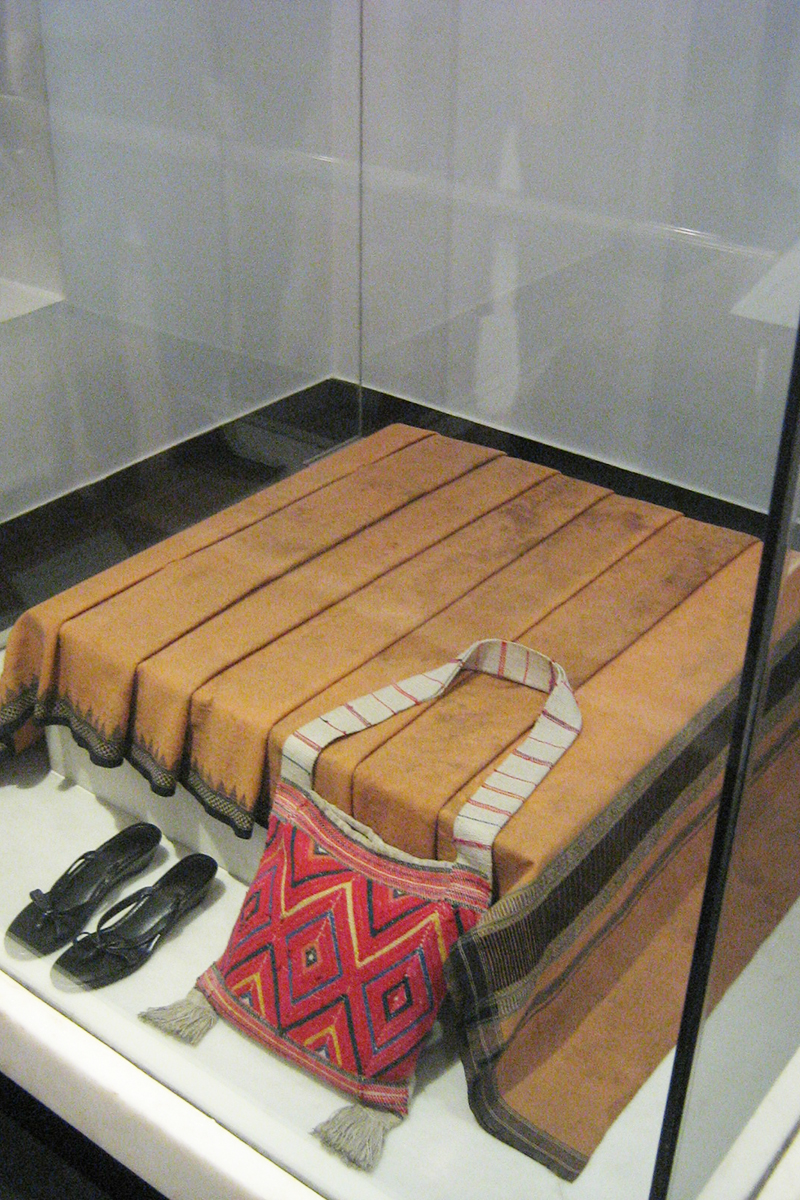 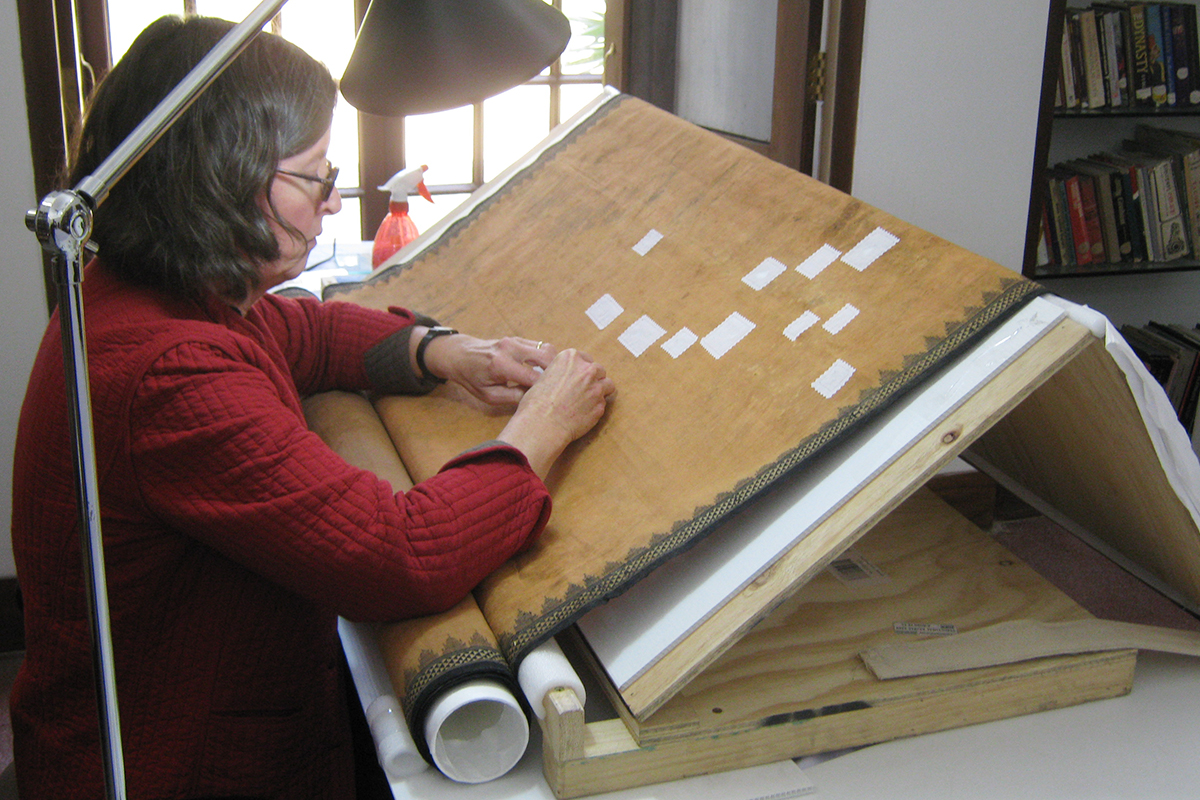 Kristin Phillips hand-stitching the holes in the sari on customised sloping board designed and constructed by Justin Gare. 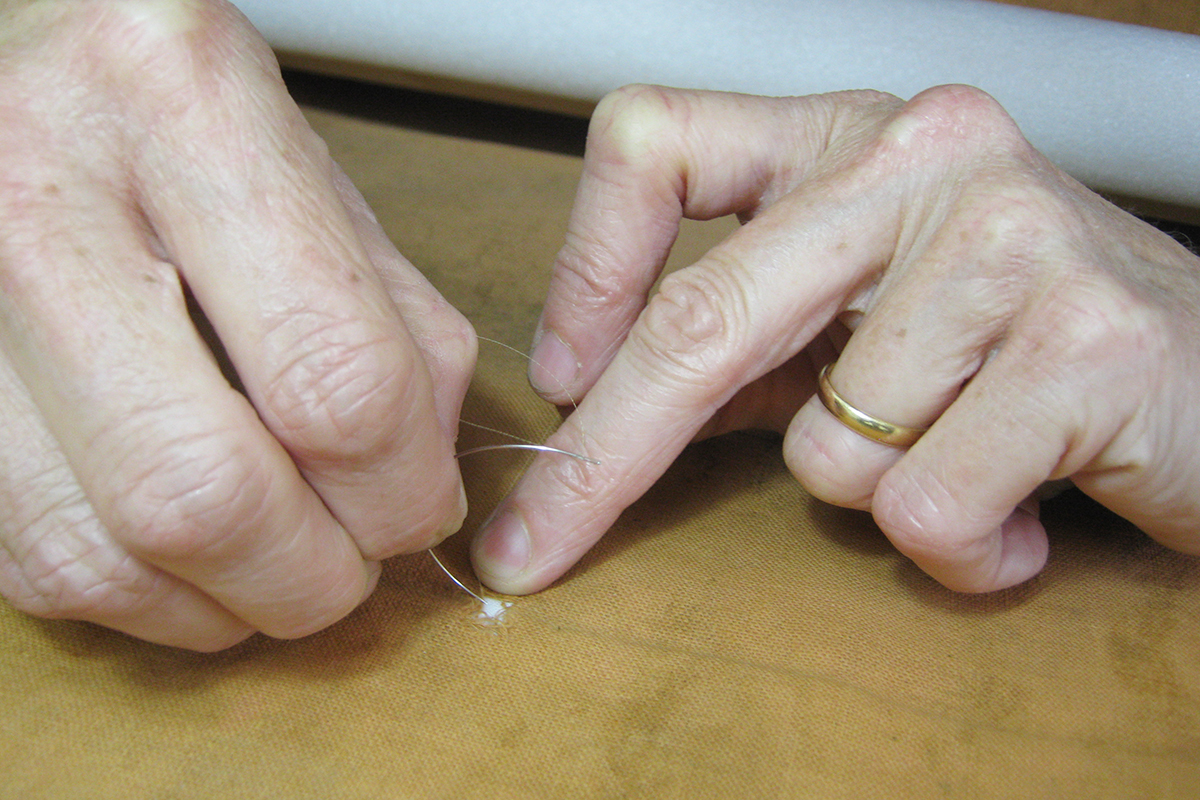 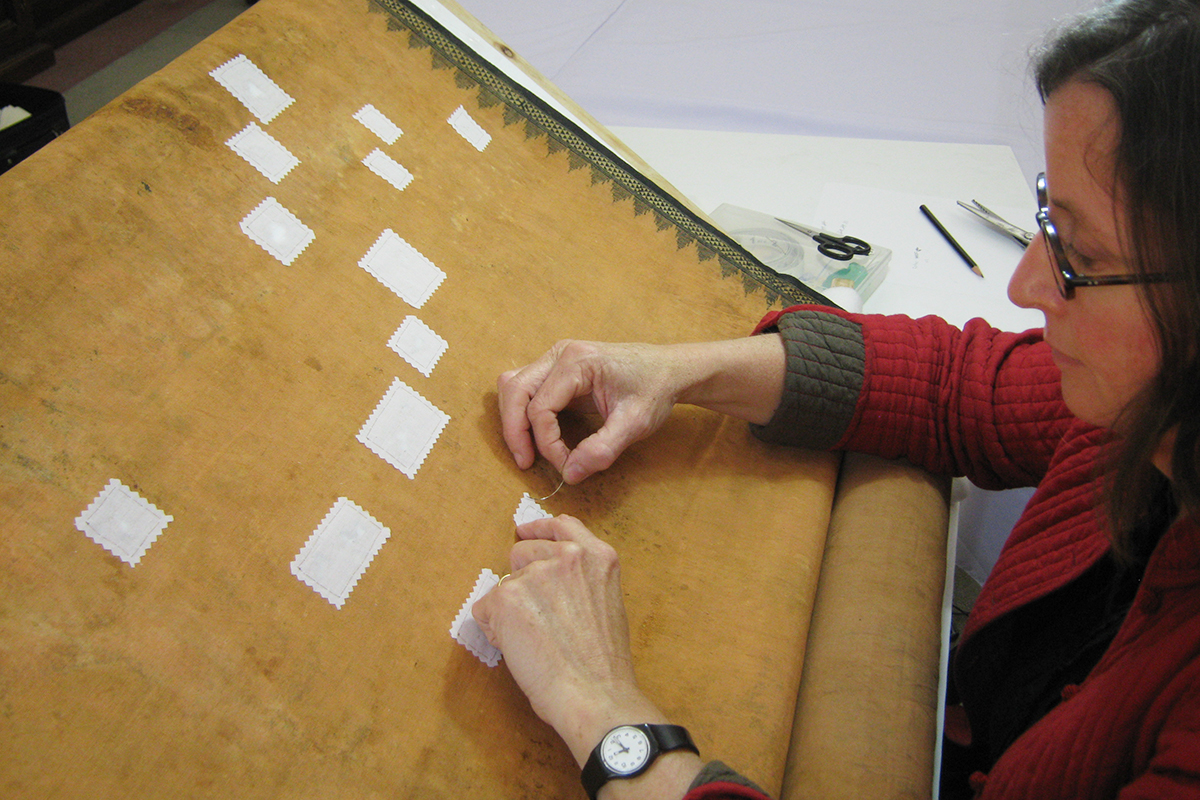 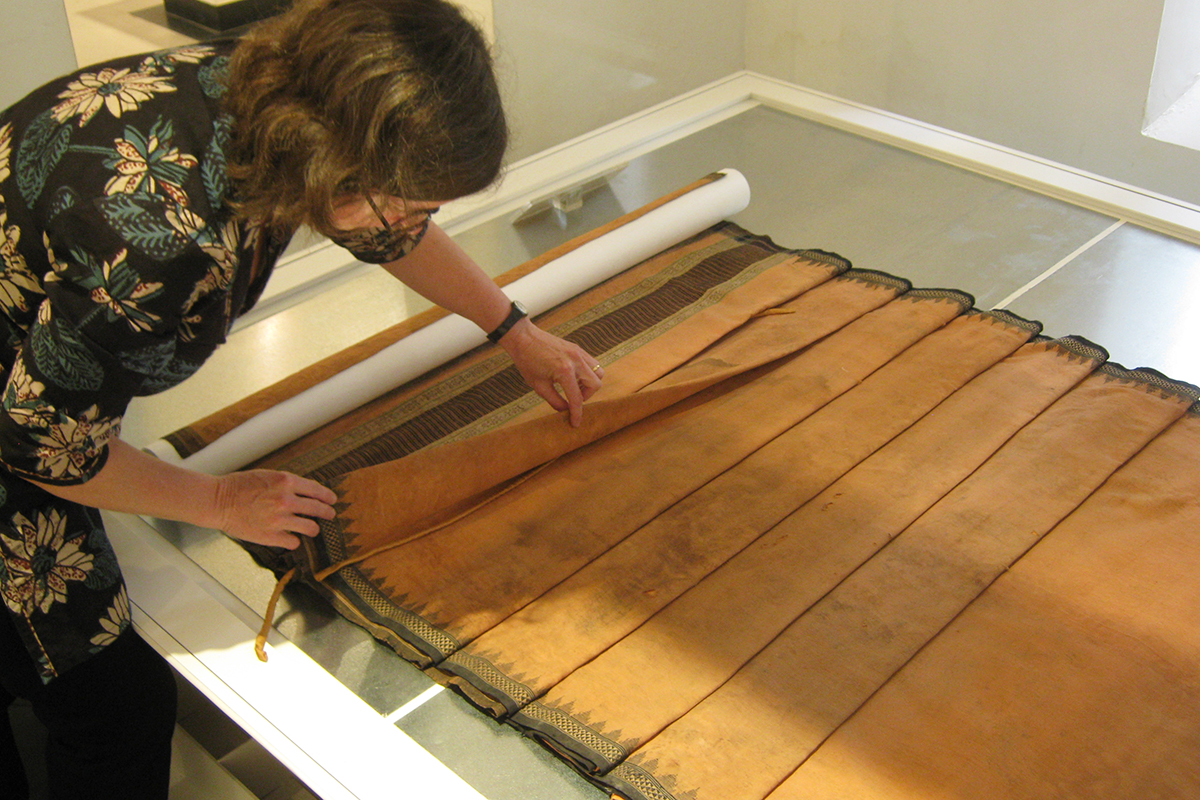 Kristin Phillips folding the sari in the new display. 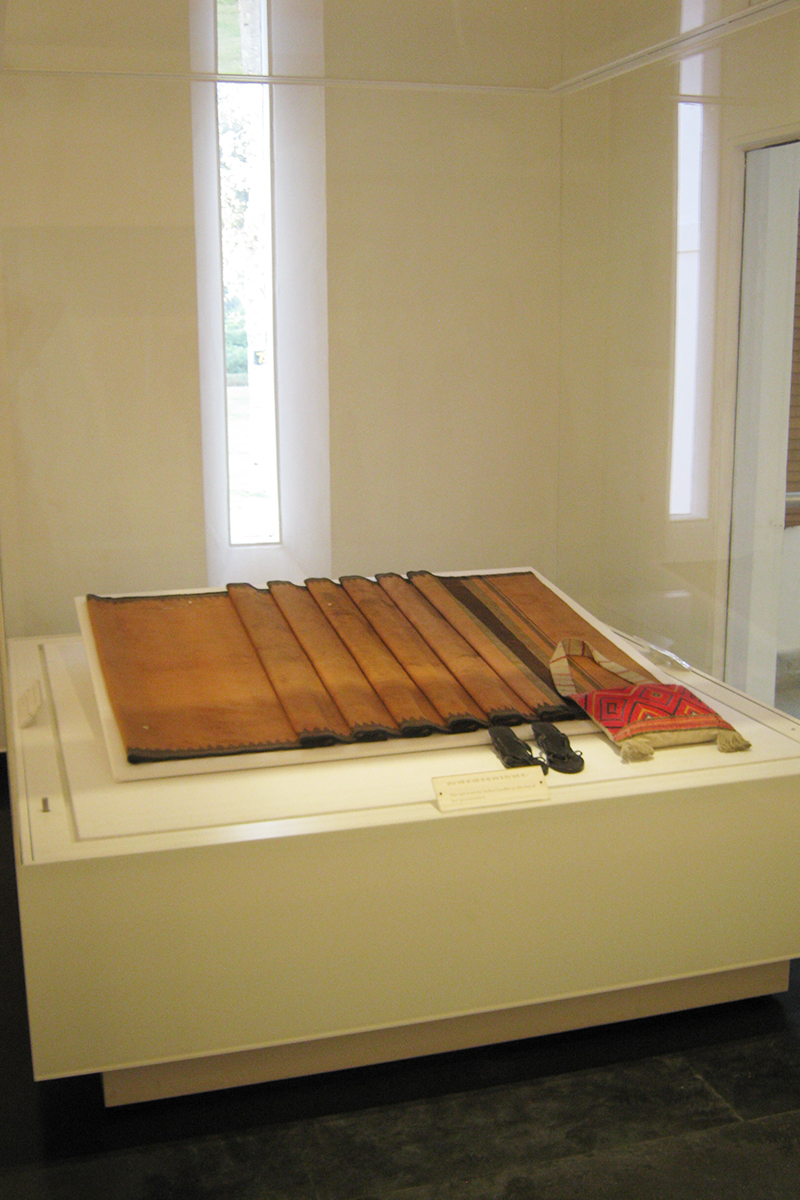