A silver-gilt dessert stand, from the collections of the Art Gallery of South Australia, is attributed to John Flaxman (Born: 1755 Died: 1826) who was a British sculptor, draughtsman and a leading figure in British and European Neoclassicism. Paul Storr (Born: 1771 Died: 1844) was the silversmith who crafted this spectacular object dated 1812 - 1813. Storr was an English goldsmith and silversmith who worked in the Neoclassical style and crafted simple tableware to elaborate pieces produced for royalty.

The dessert stand required cleaning which involved dissembling all components and each piece was photographed and recorded so there was a clear guide to follow when reassembling the stand after treatment.

The parts were brush vacuumed before removal of the old polish residue and each piece was hand polished and buffed to reveal the brilliance of the gilded silver. The glass bowl cleaned with water and neutral detergent. The process of reassembling the stand was complex but straightforward due to the detailed information recorded during the first stage of the conservation treatment. 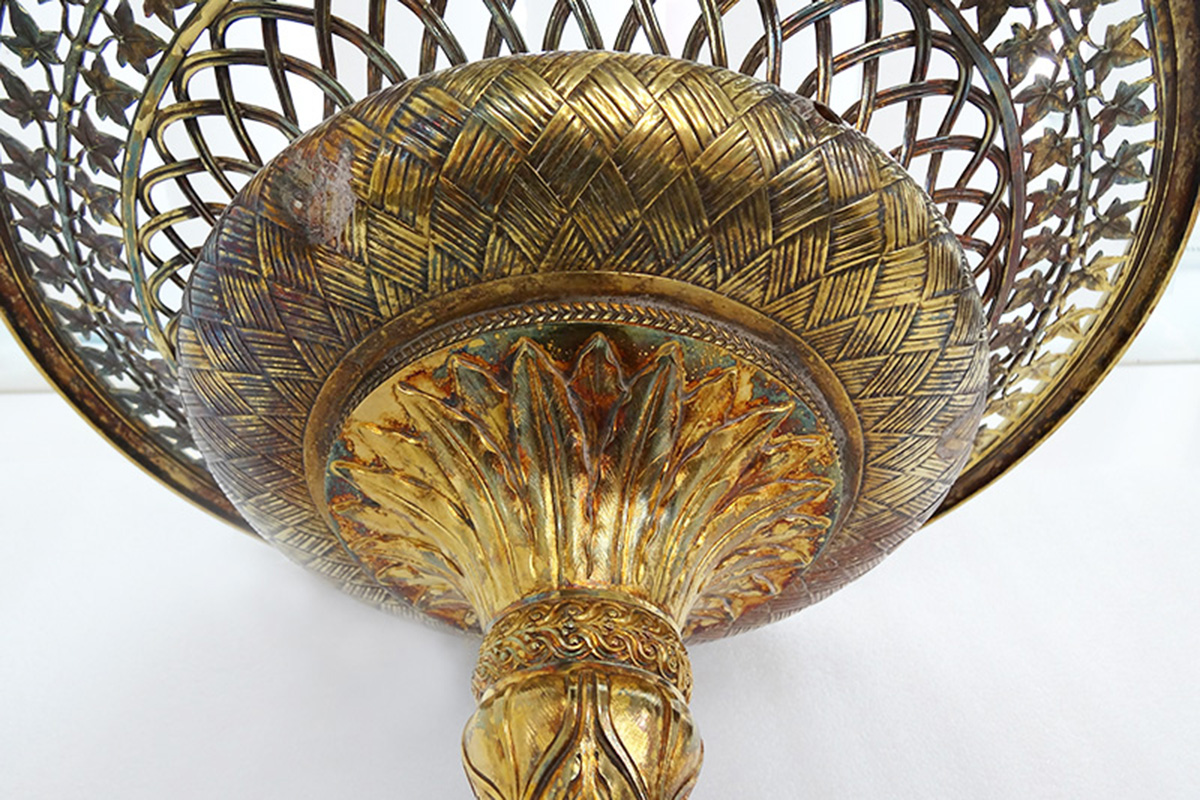 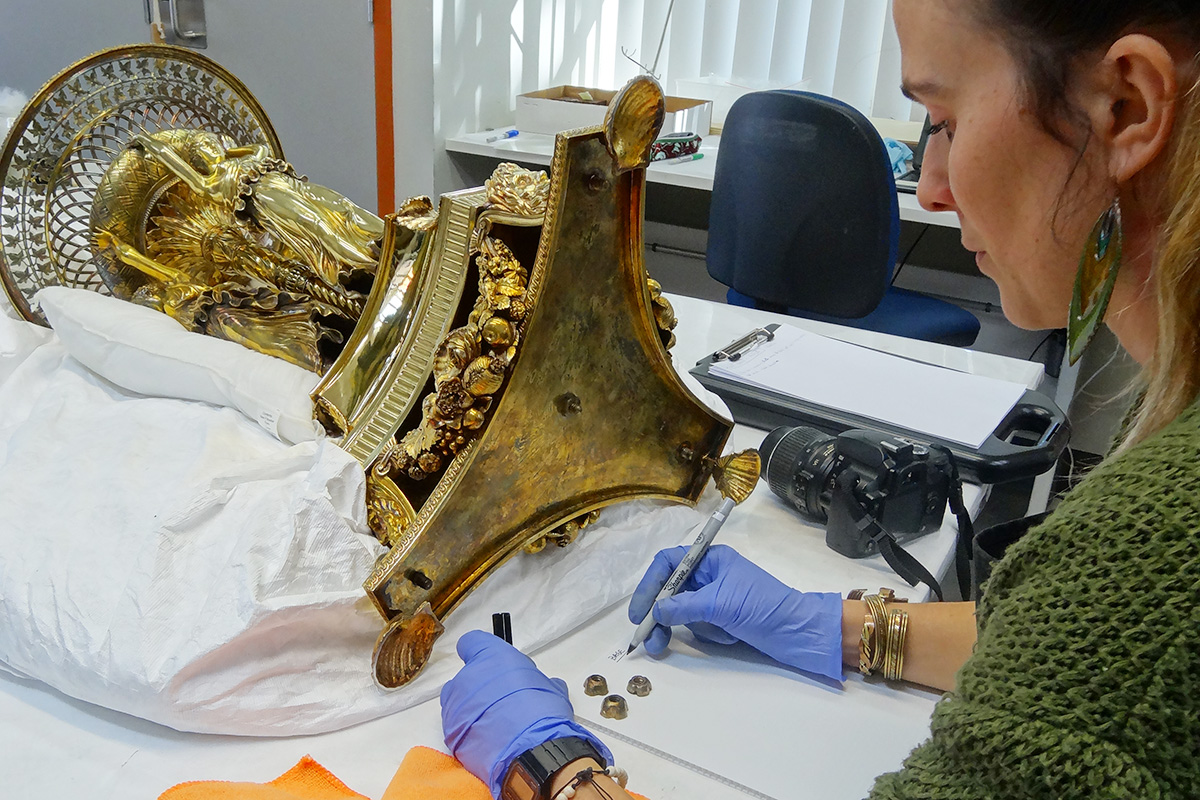 Filipa Quintela, Objects Conservator dissembling the stand and recording the order of the components. 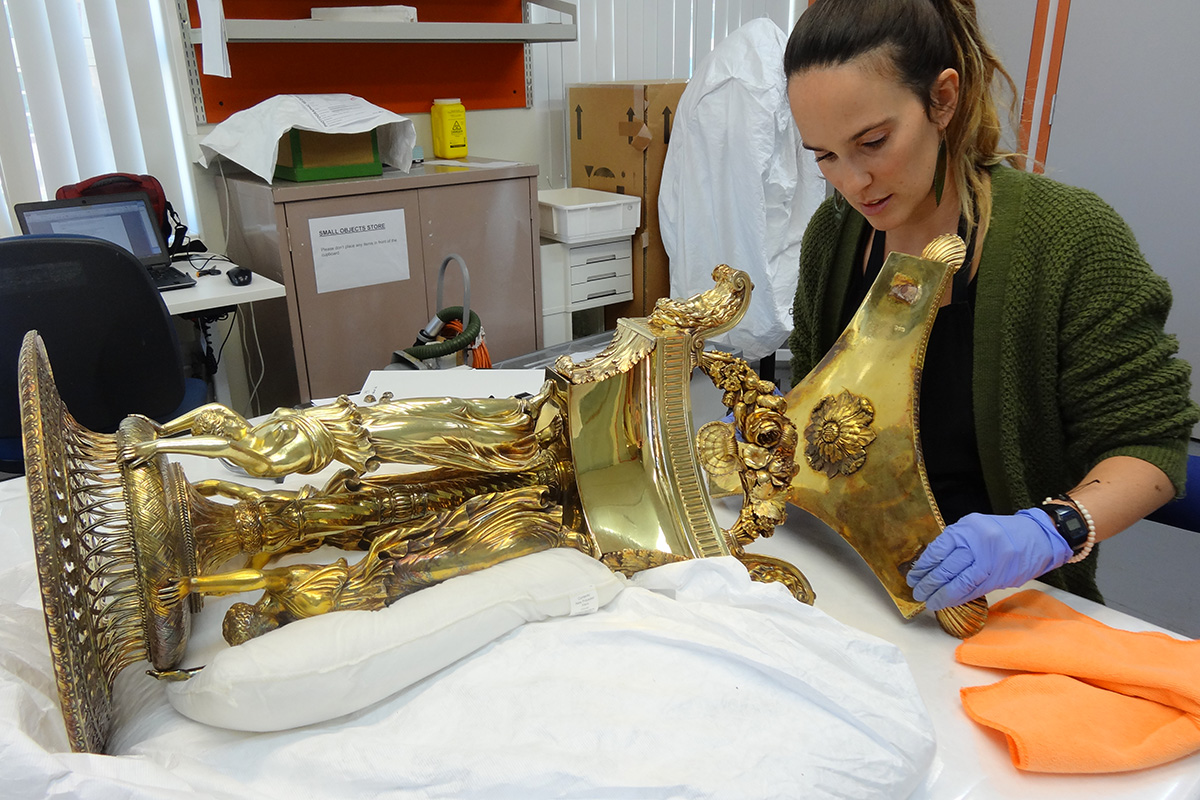 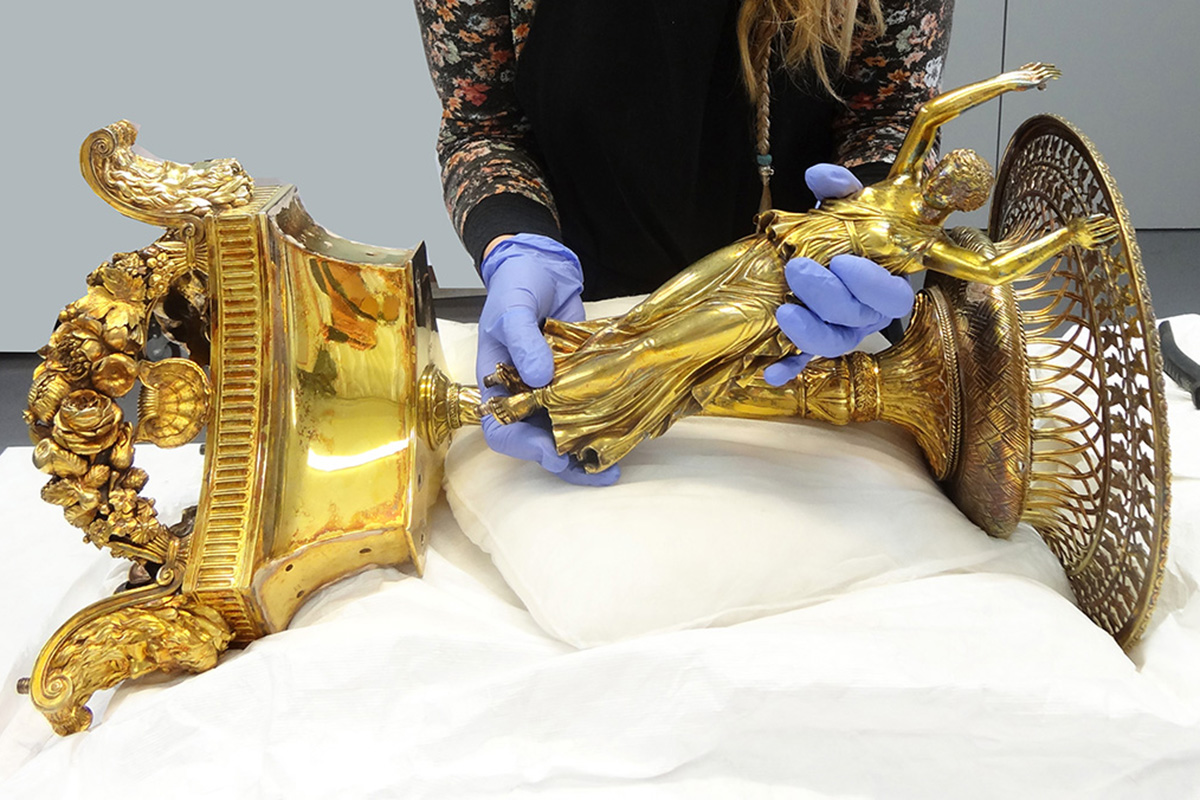 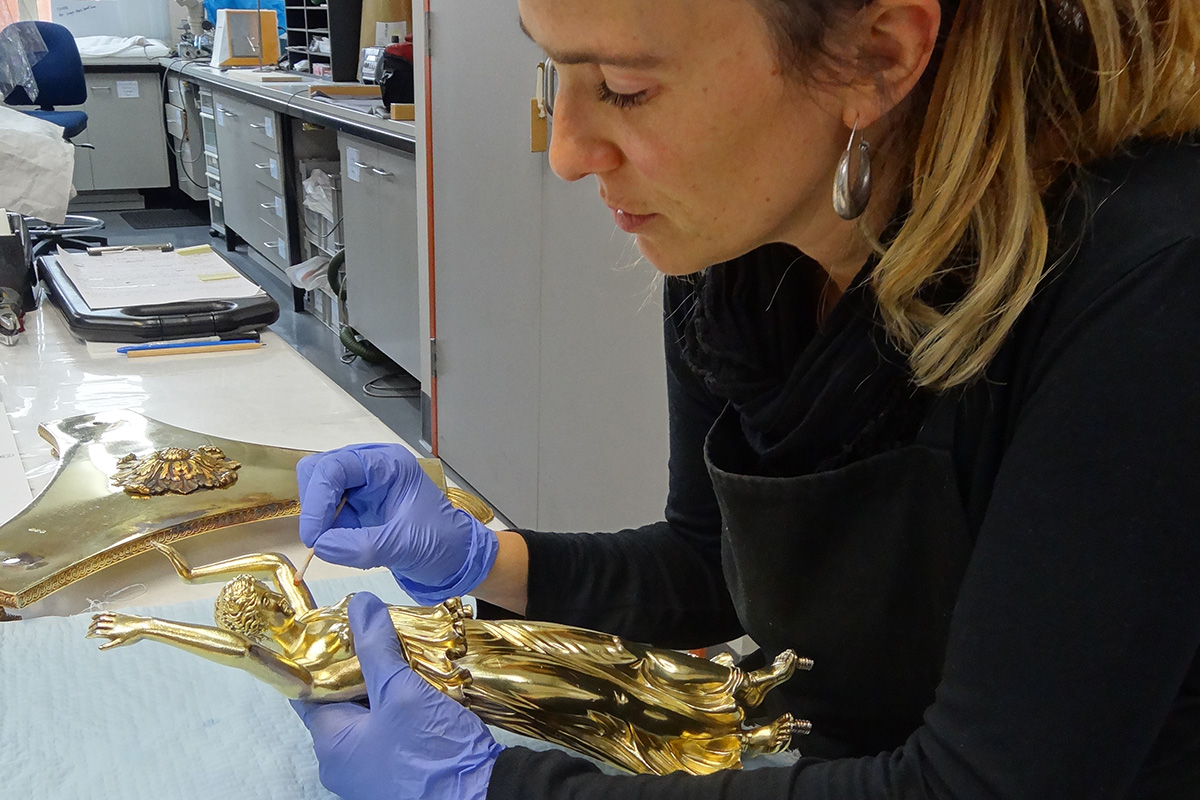 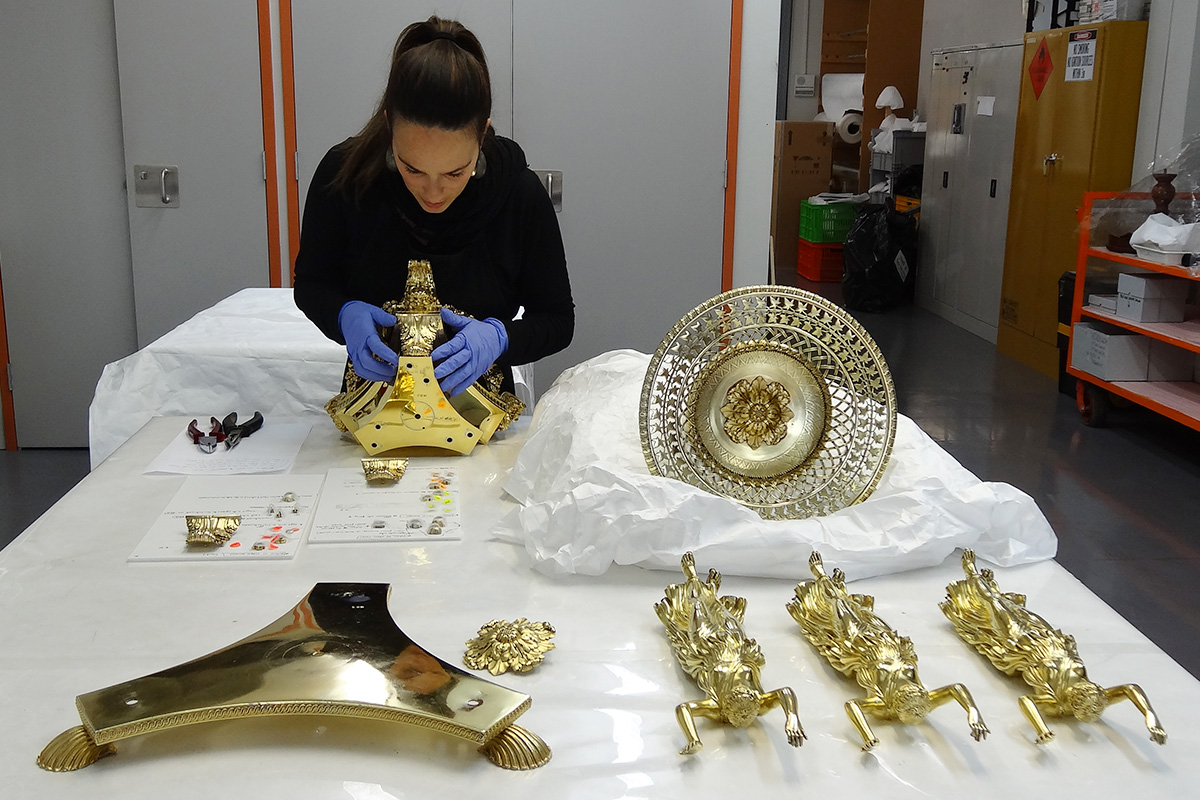 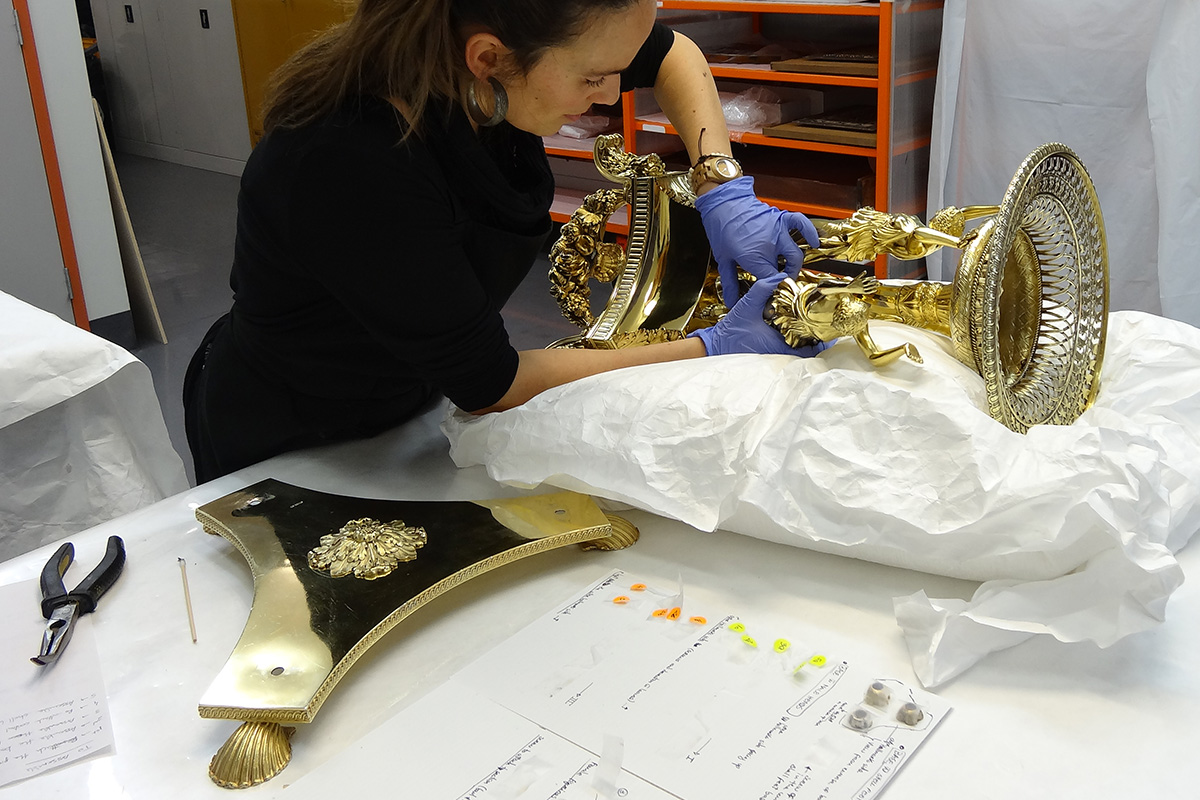 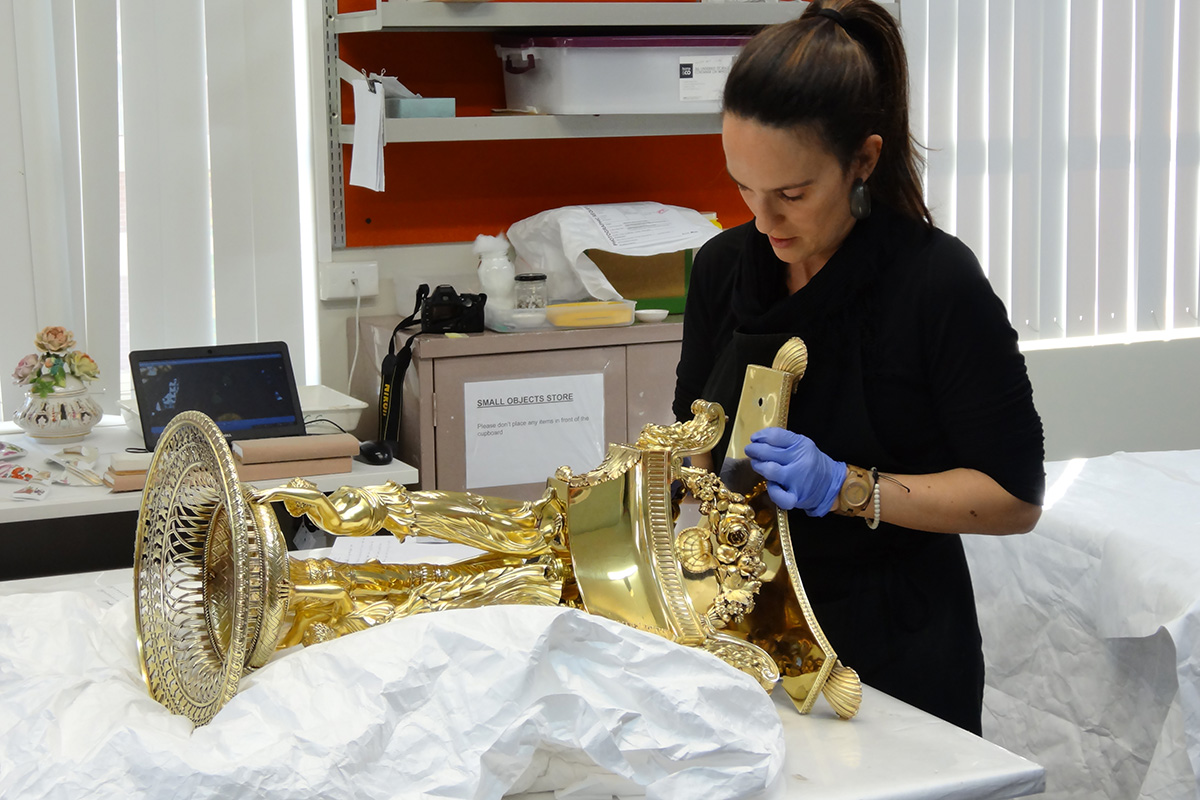 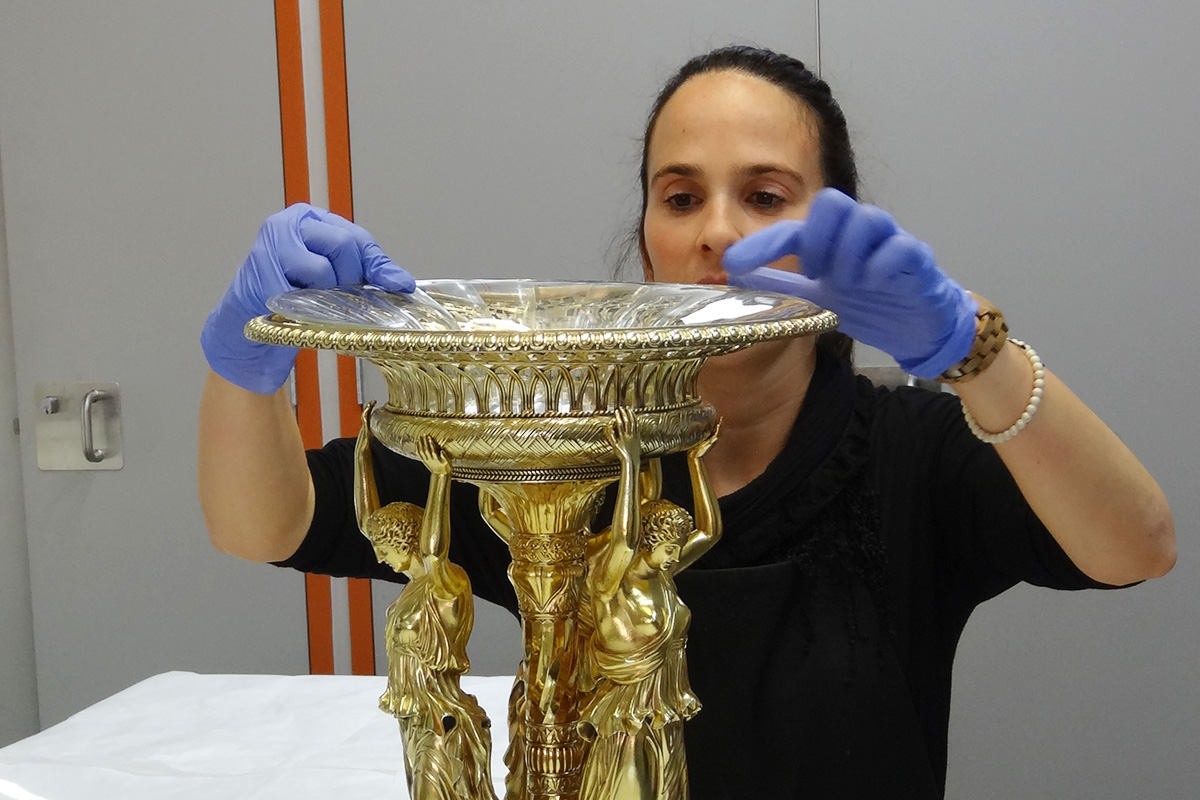 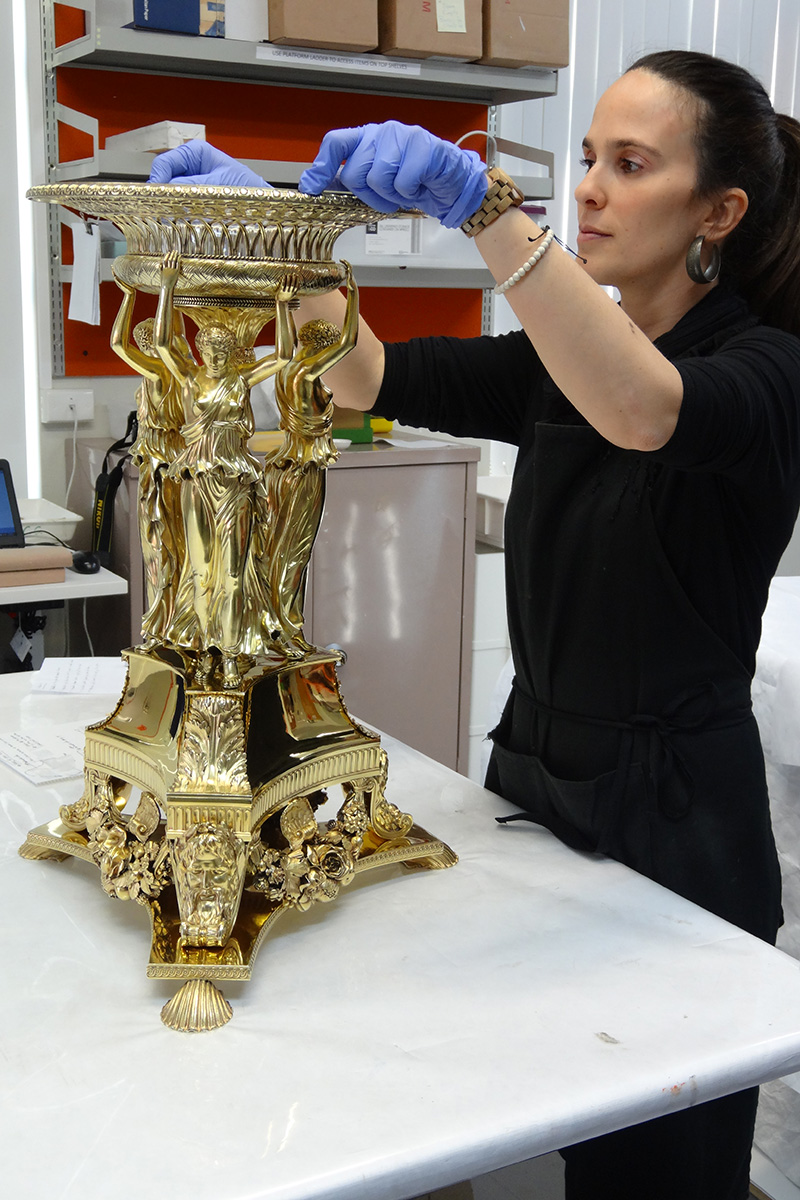