The General Motors Birkenhead facility in Port Adelaide was an assembly plant for numerous makes of vehicles from the mid 1920’s. In 1931, an alliance was formed with Holden and an art deco mosaic featuring the General Motors-Holden (GM-H) logo was added to the front foyer of the plant.

Following closure of GM-H, the building fell into disrepair and it was demolished in 1991. As the mosaic had been constructed for an internal, covered environment, exposure to the outside elements lead to its rapid decline and deterioration.

Artlab was approached by Renewal SA expressing an interest to conserve the mosaic. Led by Senior Metals Conservator, Ian Miles, the mosaic was condition reported and a proposal was agreed to remove the centre part of the foyer containing the iconic GM-H motif.

This involved cutting around the identified part with a road saw. The concrete parts were excavated to reveal the sides and underside of the mosaic slab. Surface protection was added to the face of the mosaic and steel beams were bolt fixed to its sides, top and underside. The steel beams effectively sandwiched the slab to prevent any deflection during movement.

The slab was then lifted using a Franna crane truck, with shackles, slings and spreader bar. It was placed onto a tray truck and moved to its storage location. The excavated foyer slab parts and any loose tiles were removed, retained and palletised for potential reuse as spares in the restoration of the mosaic.

The mosaic will be stored and later reinstated as a unique feature in the new residential community of Fletcher’s Slip.

Learn more about the mosaic’s history 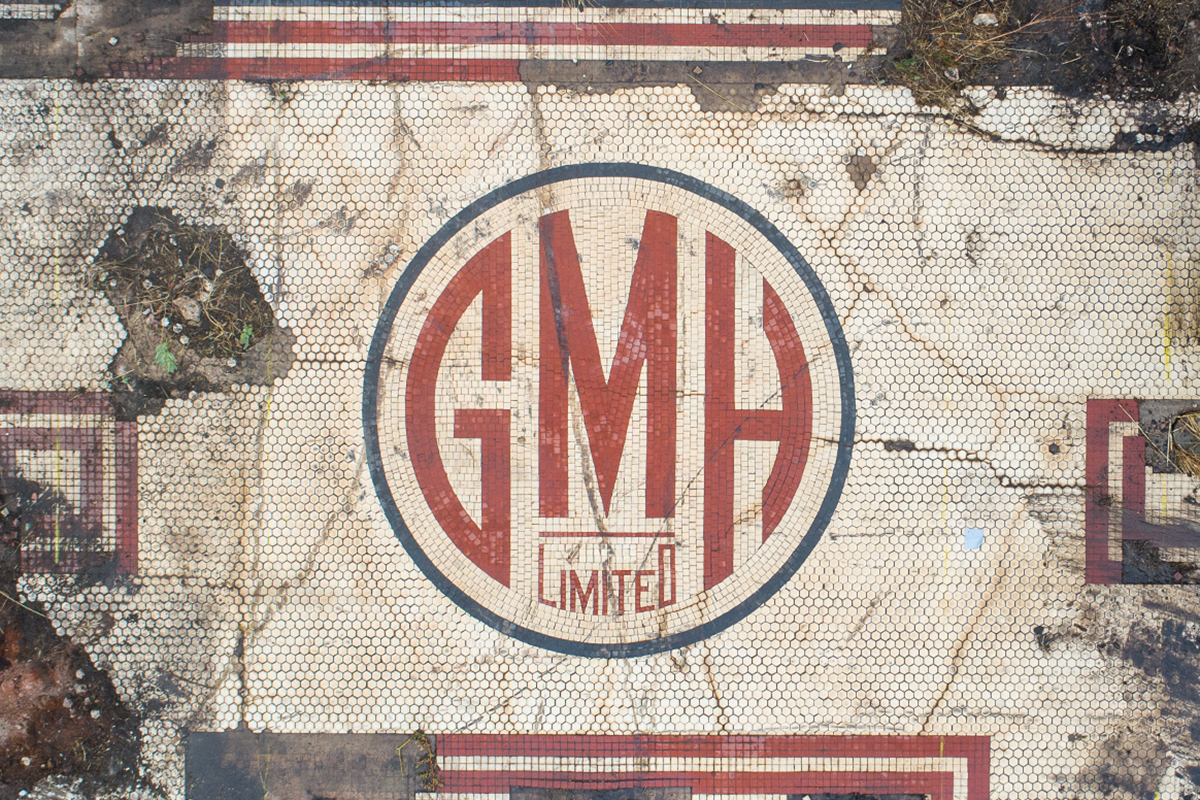 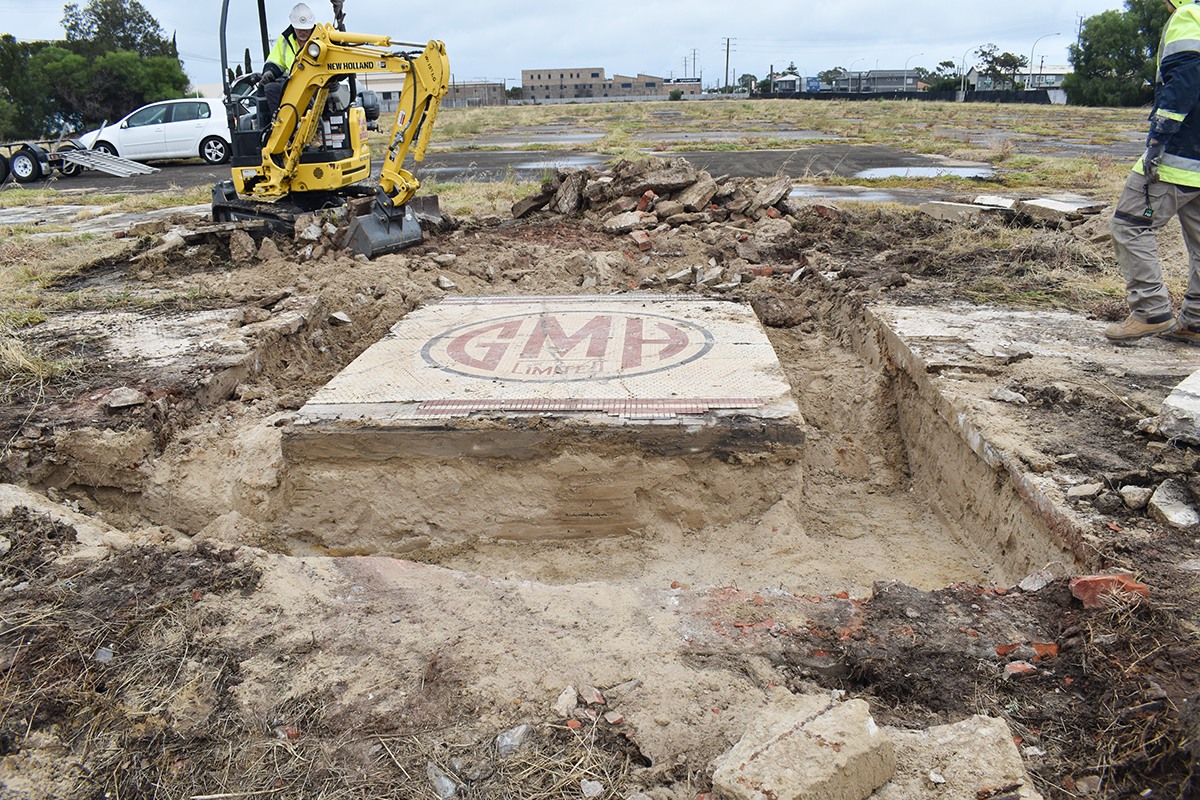 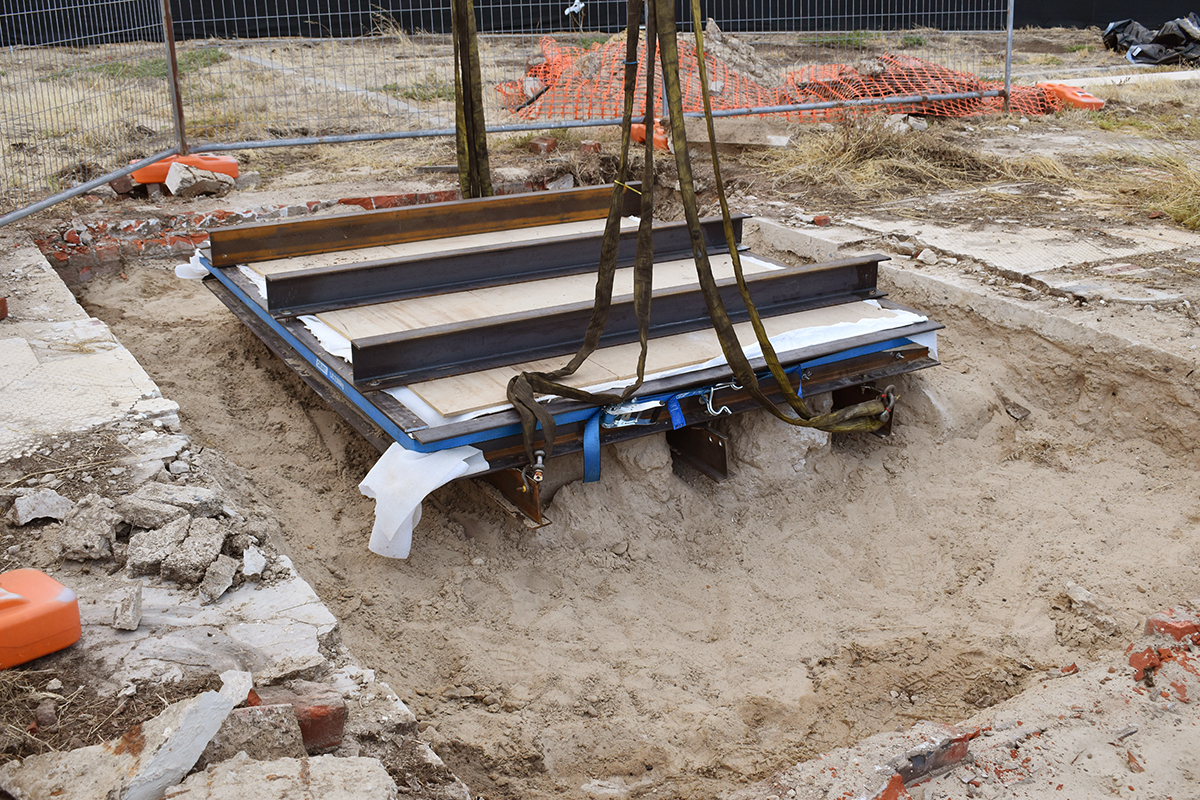 The steel beams and board protection added to the mosaic effectively sandwiched the slab to prevent any deflection during movement. 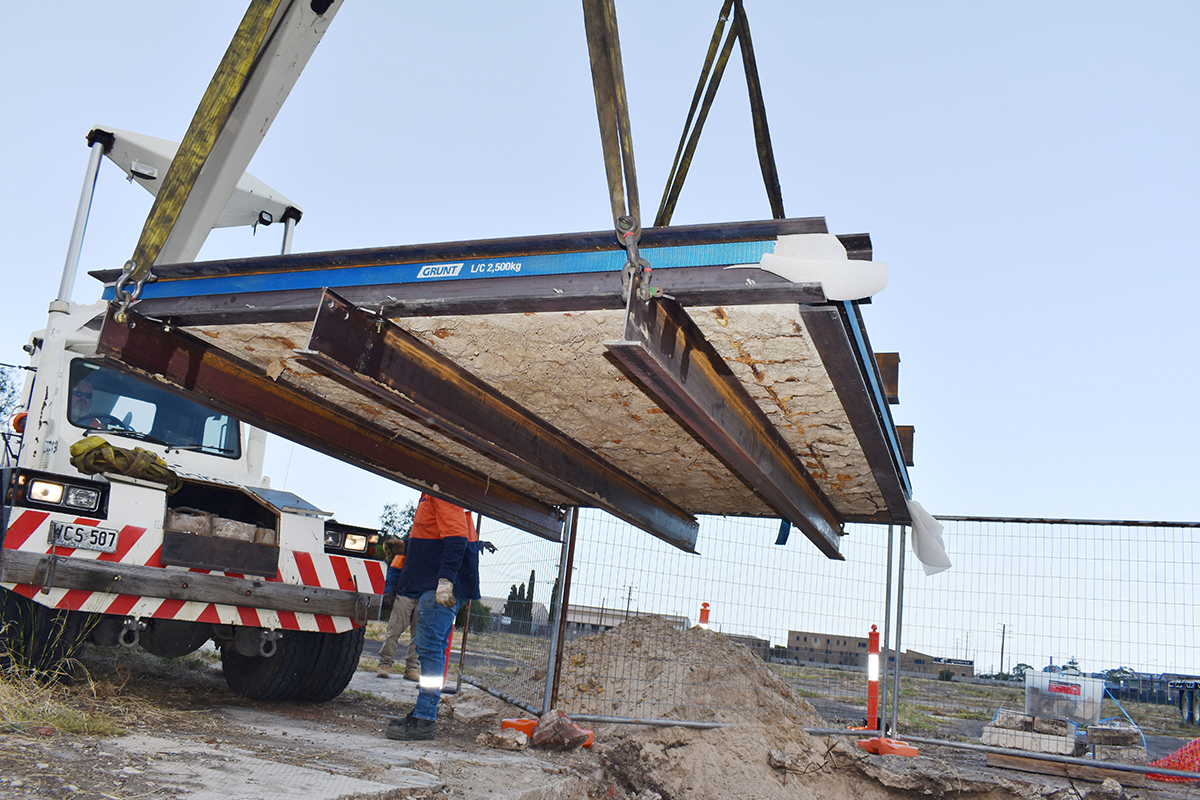 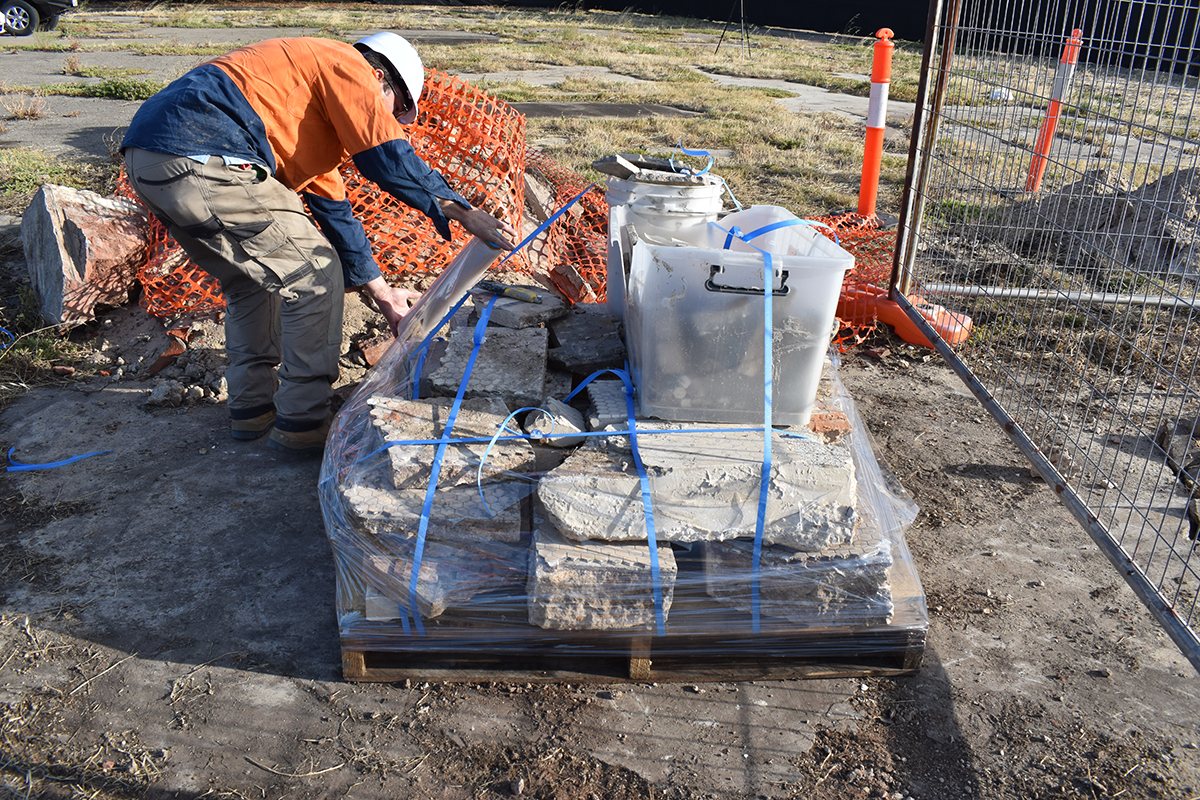 Ian Miles wrapping salvaged pieces of the mosaic for storage